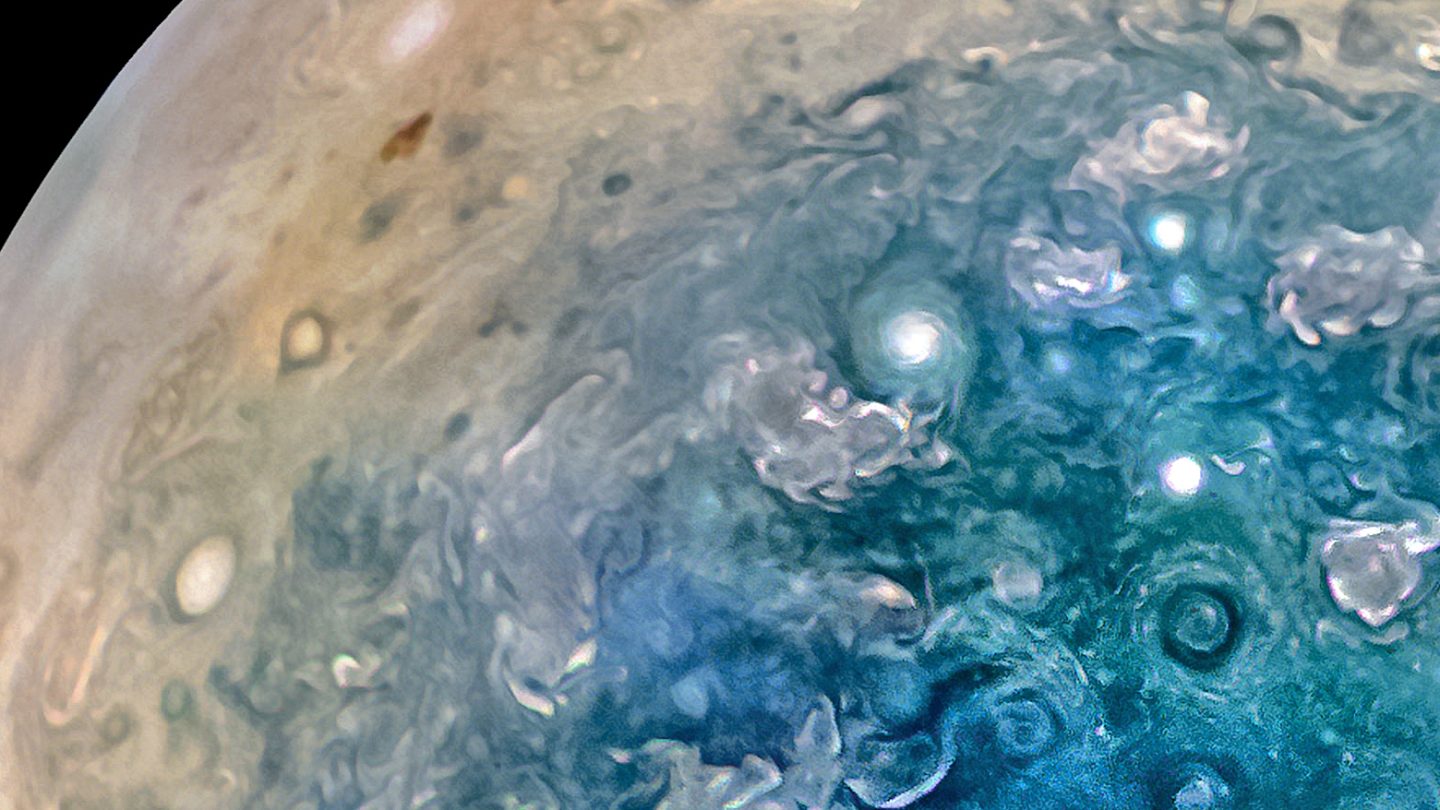 Have you ever wondered what a moon sounds like? Apparently, NASA has. Over the weekend, NASA shared a 50-second audio recording taken of Ganymede, Jupiter’s largest moon (and the largest in our Solar System). Earlier this year, NASA’s June spacecraft did a flyby of the massive moon and captured audio of the moon.

According to NASA’s Jet Propulsion Laboratory, the audio track was created with data captured by Juno on June 7. June used its Waves instrument to gather the data. That instrument measured the electric and magnetic waves produced in Jupiter’s magnetosphere. NASA then shifted the frequency of those waves into the audio range to make the audio track.

“This soundtrack is just wild enough to make you feel as if you were riding along as Juno sails past Ganymede for the first time in more than two decades,” Juno Principal Investigator Scott Bolton wrote in the announcement. “If you listen closely, you can hear the abrupt change to higher frequencies around the midpoint of the recording, which represents entry into a different region in Ganymede’s magnetosphere.”

The data captured from the flyby is still under analysis, and NASA is working to create a model of the Waves data.

The ongoing efforts of the Juno mission

Bolton presented the recording at the fall meeting of the American Geophysical Union. The Juno mission, which was launched in 2011, aims to advance our understanding of how giant planets like Jupiter form. It also aims to explore the role that they played in the creation of our Solar System. It’s a noble plan, and the soundtrack provided by this recent flyby gives us even more data to build off of.

Of course, there’s still a lot we don’t know about planets like Jupiter and its moon, Ganymede. In fact, the closest we’ve come to the Ganymede itself is 645 miles. June managed to travel that closed on its 34th trip around Jupiter during this most recent mission. At the time, the spacecraft was traveling at a velocity of 41,600 mph.

It’s unclear exactly what this recording will tell us in the long run. What we do know, is that the shrill beeps and boops that make up the recording are intriguing. In fact, the first time I listened to it, I couldn’t help but feel a chill run down my spine.

Our endeavors to understand and explore the worlds beyond our own feel like they are finally making headway. NASA continues to gather data from Mars, and we’re slowly learning more about the forces behind the creation of our own planet.