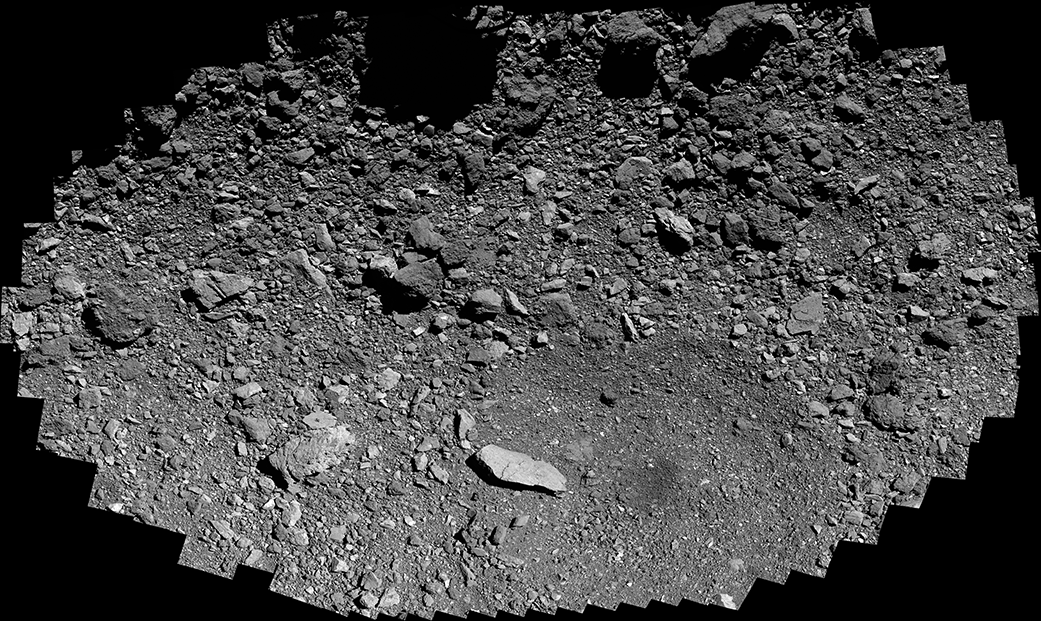 It’s been just two days since NASA’s OSIRIS-REx spacecraft attempted its “Touch And Go” or TAG maneuver on the asteroid known as Bennu. The spacecraft had been orbiting the rock for some time, planning and plotting its moves with incredible precision. Then, on Tuesday night, NASA’s team told the probe to do what it was sent to do: grab a sample of the asteroid.

The process is a complicated one, but word came back shortly after the commands were sent that the probe survived its sample collection attempt and was orbiting the asteroid at a safe distance once again. Now, for the first time, we have a video of the event, and it sure looks awesome.

Landing on an asteroid is very difficult. It’s also not necessarily the most efficient way to grab a sample of its surface, and since OSIRIS-REx needed to snag some asteroid material before it can head back home, it was designed to perform a very specific maneuver.

The spacecraft descended down to the asteroid’s surface, touched down very briefly, and then fired some nitrogen gas at the asteroid itself. This actual Touch-And-Go process took just seconds, and during that brief period, the spacecraft’s sampling head collected whatever it could. When it fired the gas, it kicked up a whole bunch of material, and that was totally by design, as it should have allowed the sampling head to obtain the loose material as it floats about the area.

“Upon initial contact, the TAGSAM head appears to crush some of the porous rocks underneath it,” NASA explains in a new blog post. “One second later, the spacecraft fires a nitrogen gas bottle, which mobilizes a substantial amount of the sample site’s material. Preliminary data show the spacecraft spent approximately 5 of the 6 seconds of contact collecting surface material, and the majority of sample collection occurred within the first 3 seconds.”

That’s great, but we still don’t know exactly how much material the spacecraft was able to obtain. NASA says that it could take up to a week before we know if OSIRIS-REx got a large enough sample that it will be worth bringing it home. If not, the team will prepare to carry out the operation a second time and hope for better results. In the meantime, we can feast our eyes on the new video and wait for confirmation that the probe managed to pull off the complex maneuver in one shot.