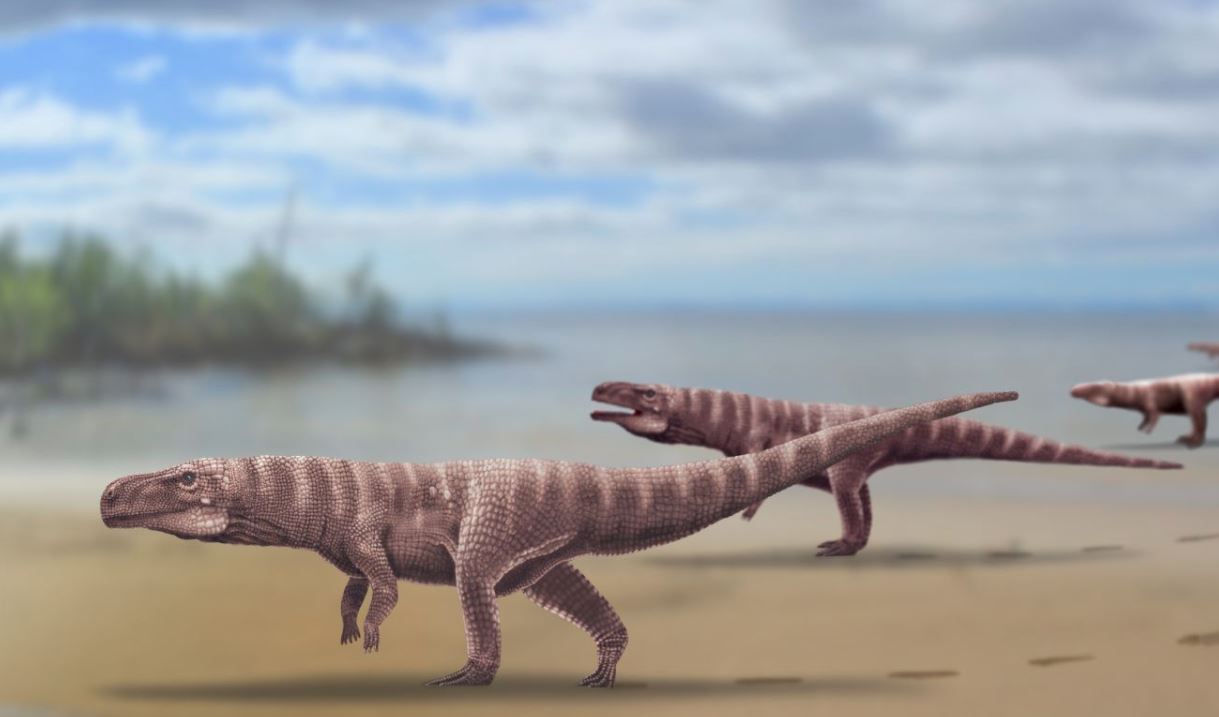 Crocodiles and their close brethren are often referred to as “modern dinosaurs” because we know that some species that are still around today are near mirror images of their ancestors. They found a formula that worked and they stuck with it over millions and millions of years. But not all branches of the crocodile family tree resulted in long-term success, and a new discovery in South Korea suggests that one offshoot evolved to walk on two legs like the dinosaurs of the day.

The research, which was published in Scientific Reports, is based on nearly 100 individual footprints of an ancient crocodile species that have been preserved in rock from 110 million years ago. At first, the researchers assumed the tracks were made by one of the many dinosaurs that walked upright, but now they believe they were actually created by a crocodile whose arms never touched the ground.

“At one site, the footprints were initially thought to be made by a giant bipedal pterosaur walking on the mudflat, we now understand that these were bipedal crocodile prints,” Dr. Anthony Romilio, co-author of the research, said in a statement.

“The footprints measure around 24 centimeters, suggesting the track-makers had legs about the same height as human adult legs. These were long animals that we estimate were over three meters in length, and while footprints were everywhere on the site, there were no handprints.”

So what would a large, two-legged crocodile look like? If the image the researchers came up with above is any indication, the answer is: pretty odd.

“Typical crocodiles walk in a squat stance and create trackways that are wide,” Professor Kyung Soo Kim, who led the research, explains. “Oddly, our trackways are very narrow looking — more like a crocodile balancing on a tight-rope.”

“When combined with the lack of any tail-drag marks, it became clear that these creatures were moving bipedally They were moving in the same way as many dinosaurs, but the footprints were not made by dinosaurs.”

It’s an incredibly interesting discovery, especially in light of the fact that modern crocodiles have clearly decided that walking on two legs is not for them. Evolution has a way of testing things out from time to time, and in the case of these ancient bipedal crocodiles, it gave them the opportunity to live life a little bit more upright than their nearest kin. Whether this strange ancient species lacked the swimming prowess of other crocodile species is unknown, but that might help explain why they weren’t able to “make it.”