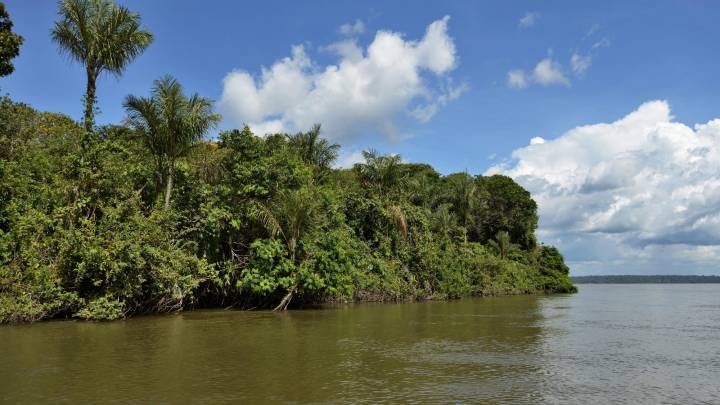 It’s tempting to think that two locations separated by over 6,500 miles wouldn’t have much of an impact on one another, but nothing could be farther from the truth. Our planet is like a vast web, and continents can play a major role in the health of another, even when separated by an ocean.

That’s the message behind a new study by the Unversity of Miami’s Rosenstiel School of Marine and Atmospheric Science, which reveals that fires which rage in Africa actually fertilize the Amazon rainforest in South America. The study, which was published Proceedings of the National Academy of Sciences, also suggests the Atlantic and Southern oceans benefit greatly from the smoke of African fires.

The researchers made their determination based on an examination of the airborne particles sent high into the atmosphere from fires in Africa. Those particles are carried aloft for thousands of miles but eventually come back down, and the phosphorus they carry is vital to the thriving life in the Amazon rainforest as well as marine plankton in the oceans between the two continents.

“It had been assumed that Saharan dust was the main fertilizer to the Amazon Basin and Tropical Atlantic Ocean by supplying phosphorus to both of these ecosystems,” Cassandra Gaston, senior author of the study, said in a statement. “Our findings reveal that biomass burning emissions transported from Africa are potentially a more important source of phosphorus to these ecosystems than dust.”

This is particularly important since the wealth of plant life in both the Amazon and the oceans play a major role in soaking up carbon dioxide, and ensuring that plant life is healthy is vital to the Earth at large. It’s estimated that the Amazon rainforest alone absorbs as much as 2.2 billion tons of carbon dioxide every year.

“These new findings have implications for how this process might look in the future as combustion and fire emissions in Africa and dust transport patterns and amounts change with a changing climate and an increasing human population,” Gaston noted.