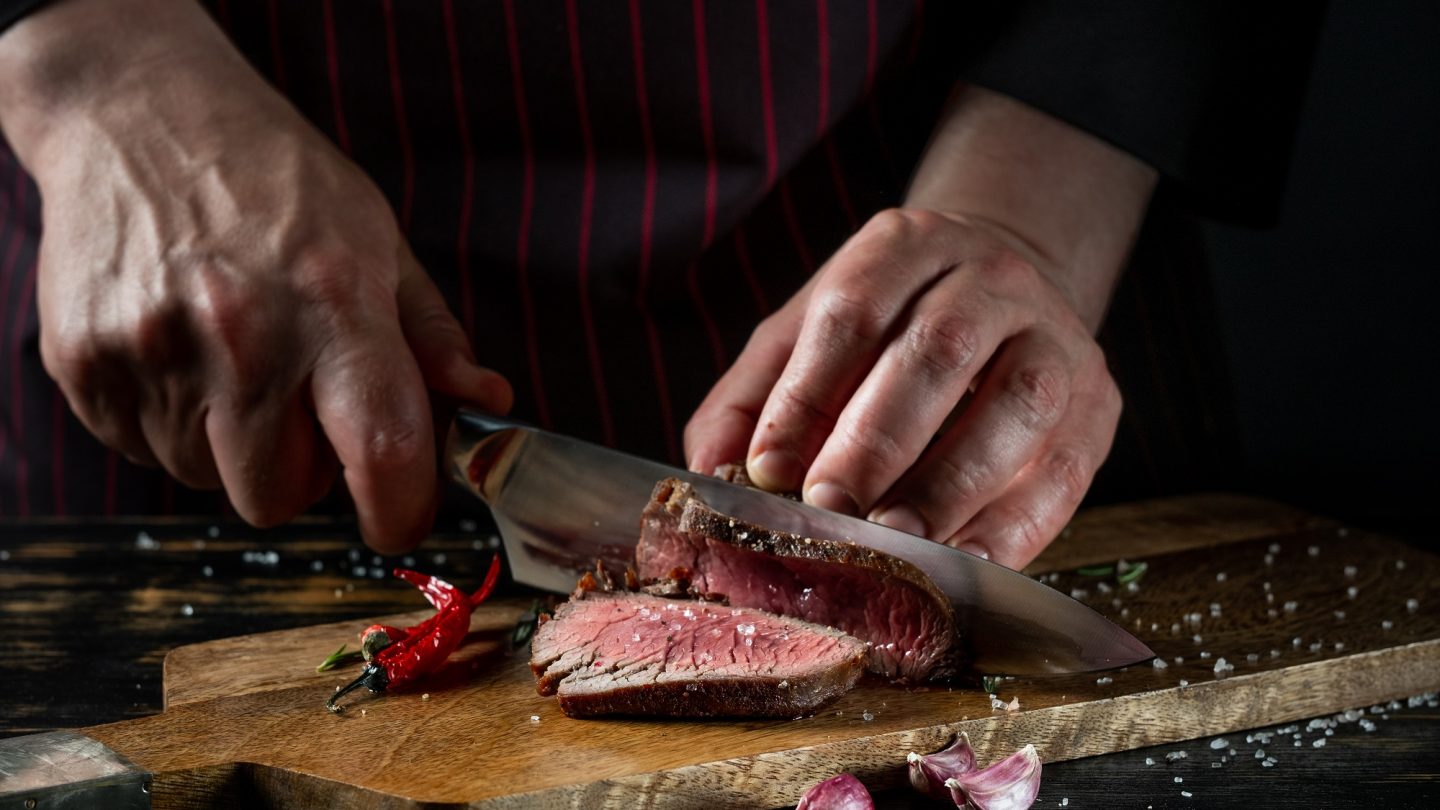 The future of eating out at fancy restaurants could be built on 3D-printed steaks.

Redefine Meat, an Israeli startup, is expanding where its product is available in Europe. The products in question are 3D-printed steaks. The steaks are created from plant-based beef substitutes. But it’s all configured to taste and feel like real beef steaks.

Redefine Meat has expanded its operations into Europe. Restaurants in London, Berlin, and Amsterdam now carry the 3D-printed steaks the company has become known for. A full list of the restaurants that plan to offer Redefine Meat hasn’t been shared. However, we do know that restaurants owned by celebrity chef Marco Pierre White will offer the meat alternative (via Independent).

White’s and three other restaurants in the London area will serve Redefine Meat for £20 to £30. That’s a similar price to the way those restaurants charge for traditional beef steak. On top of 3D-printed steaks, Redefine Meat will also provide “premium quality” burgers, lamb kebabs, ground beef, and sausages to other restaurants throughout the Netherlands, UK, and Germany. That should give restaurant goers multiple ways to try the plant-based meats the company offers.

Plant-based meat is something multiple companies have tried to push over the years. However, it often falls short in some way. Whether that’s by the touch, taste or, smell depends on the company making it.

With these new 3D-printed steaks, though, Redefine Meat uses 3D printing, along with artificial intelligence to recreate the meat. This includes capturing the feeling of the muscle fibers of the animal meat, as well as the juicy, yet firm, texture. This has allowed the company to create 3D-printed steaks that look, taste, and feel like real beef or lamb.

While they might look like real meat, the steaks are made from plant-based materials. These materials include soy and pea protein, as well as beetroot. The company also uses chickpeas and coconut fat to make the steaks seem more like the meat that inspired them.

Redefine Meat wants to offer its 3D-printed steaks in more restaurants, as well as in supermarkets. It also wants to create additional cuts, like thicker or thinner. This should help to make the offering more appealing to more customers as they can choose the cut they want. Right now, the 3D-printed meat is designed to mimic flank steak, which is also known as bavette.

This isn’t the first time we’ve seen innovations pushed by 3D printing, either. But, it is notable because of how closely the new steaks resemble real meat.

It’s unclear when Redefine Meat will expand to other restaurants, or when the 3D-printed steaks might start appearing on store shelves, too.