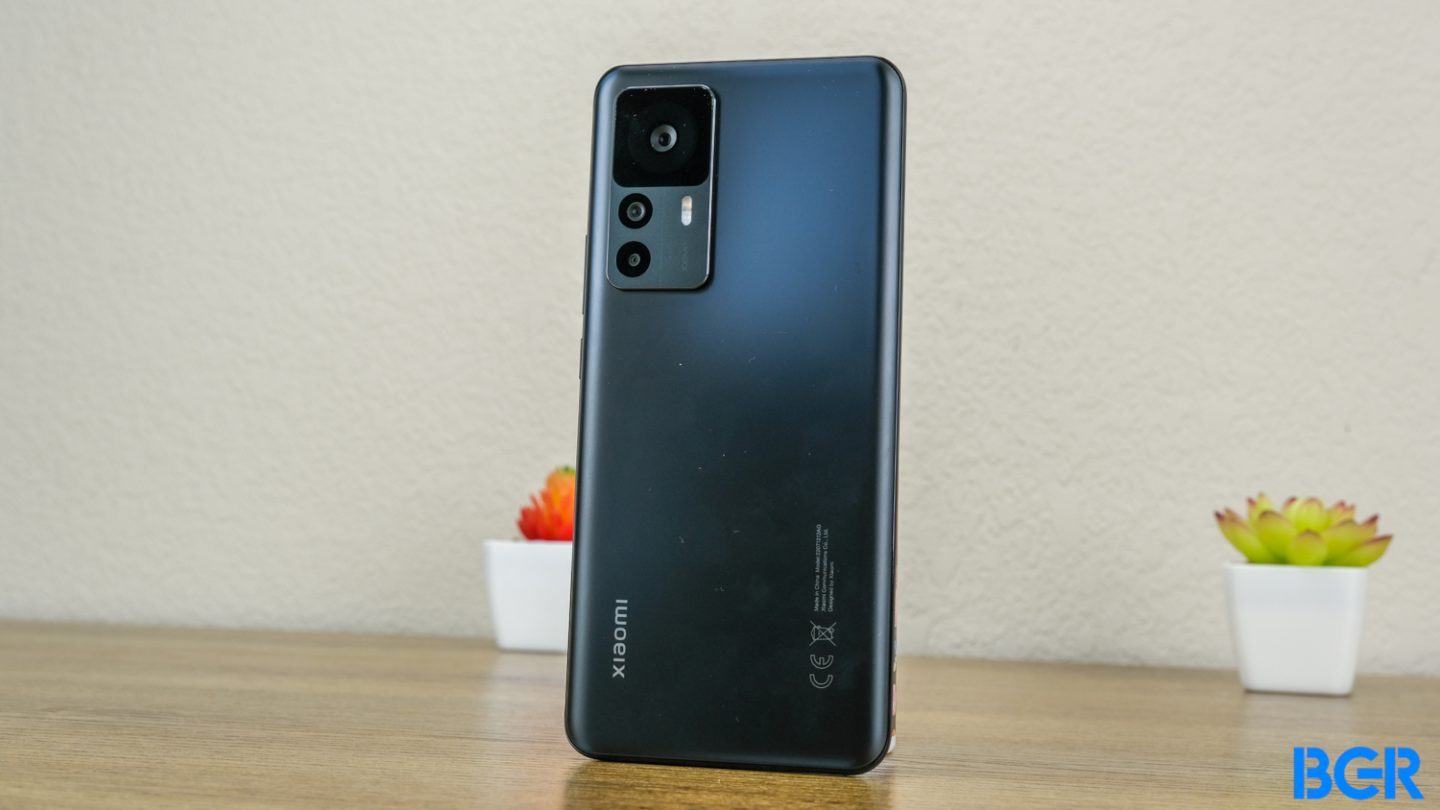 Does it close enough? Well, for some people, certainly, especially at this price. You’ll still get a good camera, good performance, and a great display.

I’ve been using the Xiaomi 12T to find out just how close it gets to the Xiaomi 12T Pro, and whether or not you should save your cash and buy it instead of its more expensive sibling.

The Xiaomi 12T isn’t as impressive as the 12T Pro, but it still offers good performance, a great screen, and a mostly solid camera. 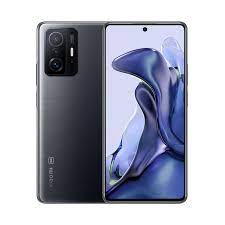 There is really no difference in design between this phone and the 12T Pro, but that’s not necessarily a huge issue. The phone looks good, and while not all that unique, those looking for a scaled-back approach to phone design will appreciate what’s on offer here.

On the front, you’ll get a 6.67-inch display with a hole-punch cutout for the front-facing camera. On the back, you’ll find the Xiaomi logo and the rectangular camera module. On the right side, you’ll get a power button and volume rocker. On the bottom, there’s the USB-C port and the SIM tray.

As you would expect, you can get the phone in a few different colors. It comes in Black, Silver, and Blue. We’re viewing the Black model, which is relatively sleek. And, the phone feels pretty good in the hand, though many will still want to buy a case for it.

Thankfully, there’s no real difference in display between the standard 12T and the 12T Pro. Considering the fact that the display on the 12T Pro is excellent, that’s great news. The device has a 6.67-inch AMOLED display with a 1220 x 2712 resolution, and a 12Hz refresh rate, and it’s a great screen.

Generally, the display is crisp and detailed, and provides a bright viewing experience, even in bright environments, like outside. And, the high refresh rate ensures that the display is smooth, responsive, and natural-feeling.

Under the display, you’ll get a fingerprint sensor. The sensor isn’t the best out there, but it does the job most of the time. It usually took a few seconds, and it wasn’t always accurate, but again, most of the time it worked fine.

Performance is one of the two main areas that differentiate the Xiaomi 12T and the 12T Pro. While the Pro model comes with a Snapdragon 8+ Gen 1, the standard 12T instead offers a MediaTek Dimensity 8100-Ultra. That’s coupled with 8GB of RAM and either 128GB or 256GB of storage.

While the device certainly doesn’t perform quite as well as the Pro model, it’s still easily able to handle most day-to-day tasks with ease. The device was good at multitasking and great at mobile gaming. I never experienced a freeze or stutter.

Likely, the performance difference will start to come into play after a year or so of using the phone. For now, it mostly just means that you have to wait another split second for games to load.

Here are the benchmark results we achieved with the Xiaomi 12T.

These results were markedly worse than the 12T Pro, but still not bad overall. Most will be perfectly happy with the performance levels on offer by the Xiaomi 12T.

The Xiaomi 12T comes with a 5,000mAh battery, and I found that it was easily able to handle a full day of even relatively heavy usage. Even heavier mobile gamers should get through a day of use, and into the next day.

Even when the battery does finally run out, it can charge extremely quickly. The 12T supports Xiaomi’s 120W charging tech, which means you can charge it from 0 to 100% in under 30 minutes. That’s pretty incredible, and puts the fast charging tech on this phone ahead of pretty much everyone else. And, it supports wireless charging too — so if you’re just charging it overnight, you can do so more conveniently.

Performance is one difference between the Xiaomi 12T and 12T Pro, and the other major difference is in the camera. While the 12T Pro offers Xiaomi’s 200-megapixel main camera, the standard 12T instead has a 108-megapixel sensor. That’s combined with an 8-megapixel ultrawide camera and a 2-megapixel macro camera.

It’s frustrating to see the 2-megapixel macro camera here. It’s boring, low-quality, and basically, just a way for companies to say that they have a triple camera on their phones. You won’t find yourself using it much.

The ultrawide camera, thankfully, is pretty good. It’s not as detailed as other ultrawide cameras, and hopefully, Xiaomi will upgrade to a better sensor next time around. But it still produced relatively vibrant images with decent detail. By default, the camera outputs images at 12 megapixels, but you can change that to 108 megapixels, and you’ll still get great results. Low-light images look pretty great too, which is always handy.

There may not be a telephoto camera here, but the camera can deliver 12-megapixel 2X zoom photos that look relatively natural and detailed.

On the front, there’s a 20-megapixel camera, and again, it’s able to capture relatively detailed and high-quality images.

Xiaomi’s MIUI 13 comes pre-loaded on the phone, and is built on Android 12. MIUI 13 is pretty similar to previous iterations of the interface, and while it looks pretty different from stock Android, everything is still mostly where you would expect. Generally, I prefer a stock approach to Android, but I don’t hate the approach that Xiaomi takes with its software.

The Xiaomi 12T has a lot going for it, with a sleek design, good screen, and solid main camera. It’s not perfect, though — the non-main cameras are fine at best, and some won’t appreciate how Xiaomi approaches software. Still, however, at this price, the 12T is an excellent option for anyone that wants a high-end phone.

The Xiaomi 12T isn’t without competition. It’s worth considering the higher-end Xiaomi 12T Pro if you’re willing to spend a little more cash, and you should take a look at the new OnePlus 10T, which also has a great camera and good performance.

Should I buy the Xiaomi 12T?

Yes. It’s an excellent phone at a good price.

The Xiaomi 12T isn’t as impressive as the 12T Pro, but it still offers good performance, a great screen, and a mostly solid camera.