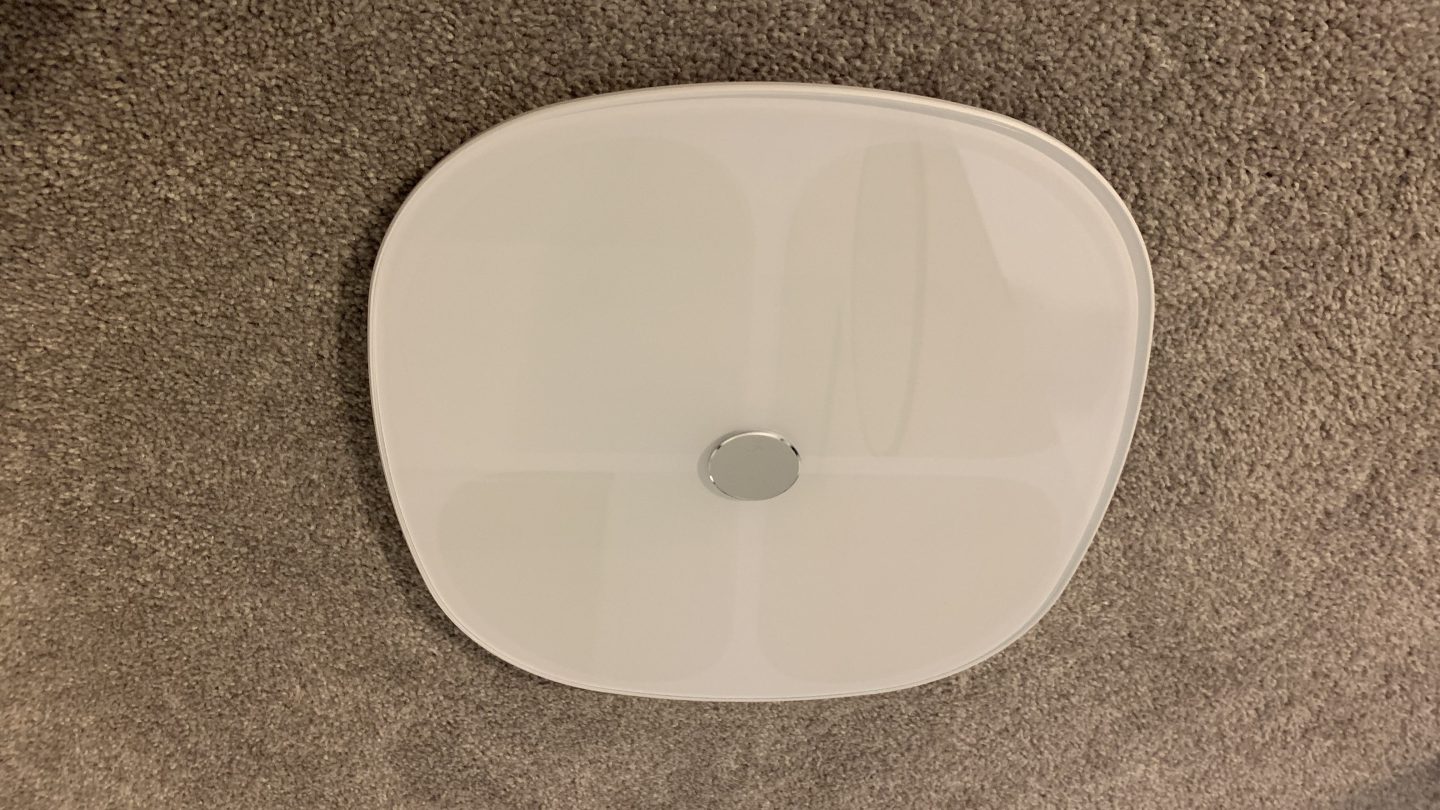 With spring right on the horizon, people may realize that means beach season isn’t far behind. If you’ve been neglecting exercise and want to get back in shape, knowing where you’re starting from in terms of weight is a good start. That’s where a scale can come in handy. You can get a run-of-the-mill scale to just tell you your weight. But if you want to know more about what is happening in your body, the Sportneer Smart Scale might be a good choice for you.

The Sportneer Smart Scale provides you with more health data and metrics than just how many pounds you currently weigh. So what exactly can a smart scale show you? More of a composition of your body to give you a more complete idea of what’s going on. I had the opportunity to test out the Sportneer Smart Scale and see how it could not only put me on the path to potentially losing weight but also how to better understand my body and why using a scale for just weight loss may not be the best for some people.

The Sportneer Smart Scale allows you to try different metrics of your composition to help you understand your body more. 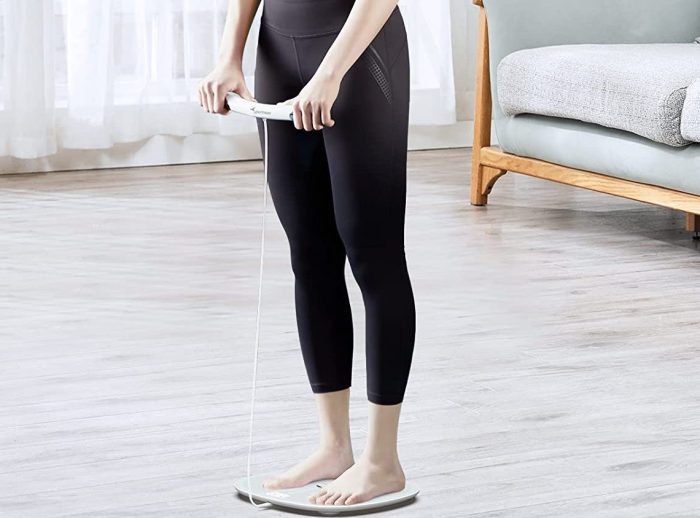 I became aware of this product last year when it was included in the BGR Black Friday gift guide. When you receive the scale, you see how the tempered glass surface is sturdy and well-made. Also, it’s incredibly thin, so you shouldn’t have a hard time storing it. It comes with four electrodes in the scale and four more in the handlebar that you attach to the scale. You have to hold the handlebar a specific way in order to get the most accurate measurements.

In order to use it, you first have to charge it with the included USB charging cable. According to Sportneer a charge lasts two months, and I charged it before I began using it and it has lasted four weeks. You then have to set up the scale via Bluetooth to your Wi-Fi through the Sportneer app. The app isn’t the easiest to use and doesn’t constantly refresh or keep your phone from dimming if you have Auto Lock on. Once you do connect it to your Wi-Fi, you’re able to get your measurements. You must be standing barefoot on your scale and the scale must be on a hard floor surface for the best accuracy. I weighed myself with my clothes on and just in underwear and it was four pounds difference.

To weight yourself, click Record Weight and it allows you to manually enter your weight or do body fat weighing. The above screen comes up showing you how to stand on the scale. The scale will start to record your measurements and after a few seconds show you your results on its screen. When you open the app up again, you’ll get a full idea of your composition.

Metrics like muscle balance, body fat rate, body water percentage, fat and more are listed. If you click into the separate data points, it’ll break it down even further, showing you what percentage you are based on your height, age, and gender. For example, clicking into body fat rate shows you how much you’re made up of water content, fat content, inorganic salt, and protein. It also breaks down your muscle fat analysis and obesity levels (BMI).

Muscle balance was an interesting metric because it told me how much stronger my right side is compared to my left (I’m right-handed). That way, I knew to work out more with weights in my left hand. This data allows you to see the segments of your body and how they break down. All the information can be imported directly into Apple Health from your iPhone.

Working out with the Sportneer Smart Scale app

How exactly do you take the information given to you in the metrics breakdown and put it to use? Sportneer offers exercise courses through the app that can help you get more fit. They focus on core strength, legs, arms, and even running. But there are only nine of them currently on there, so your choices are limited.

The videos are simple to follow, as it counts down the length of time you’re supposed to do each exercise and has a video with a person demonstrating the exercise. The speech in the videos is based off a computer program, so the pronunciations of words isn’t exactly right. For example, an exercise known as “dead bug” was pronounced as “dead b-yoog”.

How to best use the data

I spoke with Sportneer trainer, Cody Fuiten, who helps write programs for fitness development. He said the difference between Sportneer and other smart scales is how in-depth the data is and how you can break it down.

“It’s helped demystify some of the data,” said Fuiten. “It makes it more accessible.”

He noted that the handlebar provides those extra sensors to provide more accuracy and each person has a different profile, so it isn’t easy to compare body compositions. The Sportneer Smart Scale is a data tool first and foremost, he mentioned. When asked about how to best utilize your findings when you weigh yourself, Fuiten was quick to point out finding your balance is the best plan of attack.

“Don’t beat yourself up if the values aren’t what you want to see,” he said. “Everyone’s normal is not your normal. The goal is consistency.”

I’ve been able to look over my results over the past few weeks and compare them. Doing some of the workouts has increased my muscle mass in certain areas. While my BMI has fluctuated slightly from one week to the next, my overall weight hasn’t moved more than a pound or two. Using the data to see how to measure water weight and salt has been something I was not expecting that I am interested in now.

The Sportneer Smart Scale delivers 14 metrics that can help you understand your body better. While the app gives you a great deal of insight, it also has its glitches and the exercises courses are limited. It is priced at $79.99 but there are frequently coupons for it. At this price, it is a good purchase for those trying to gain more details about their bodies.

Etekcity has a smart scale that is priced similarly and Renpho offers one for less. But they do not have as many electrodes to help ensure the data is as accurate. That being said, they do have features such as pregnancy and baby mode that Sportneer does not offer. The others can also sync with your fitness trackers while Sportneer can’t.

Should I buy the Sportneer Smart Scale?

Yes. It will provide good feedback and allow you to track your body composition with better insight.