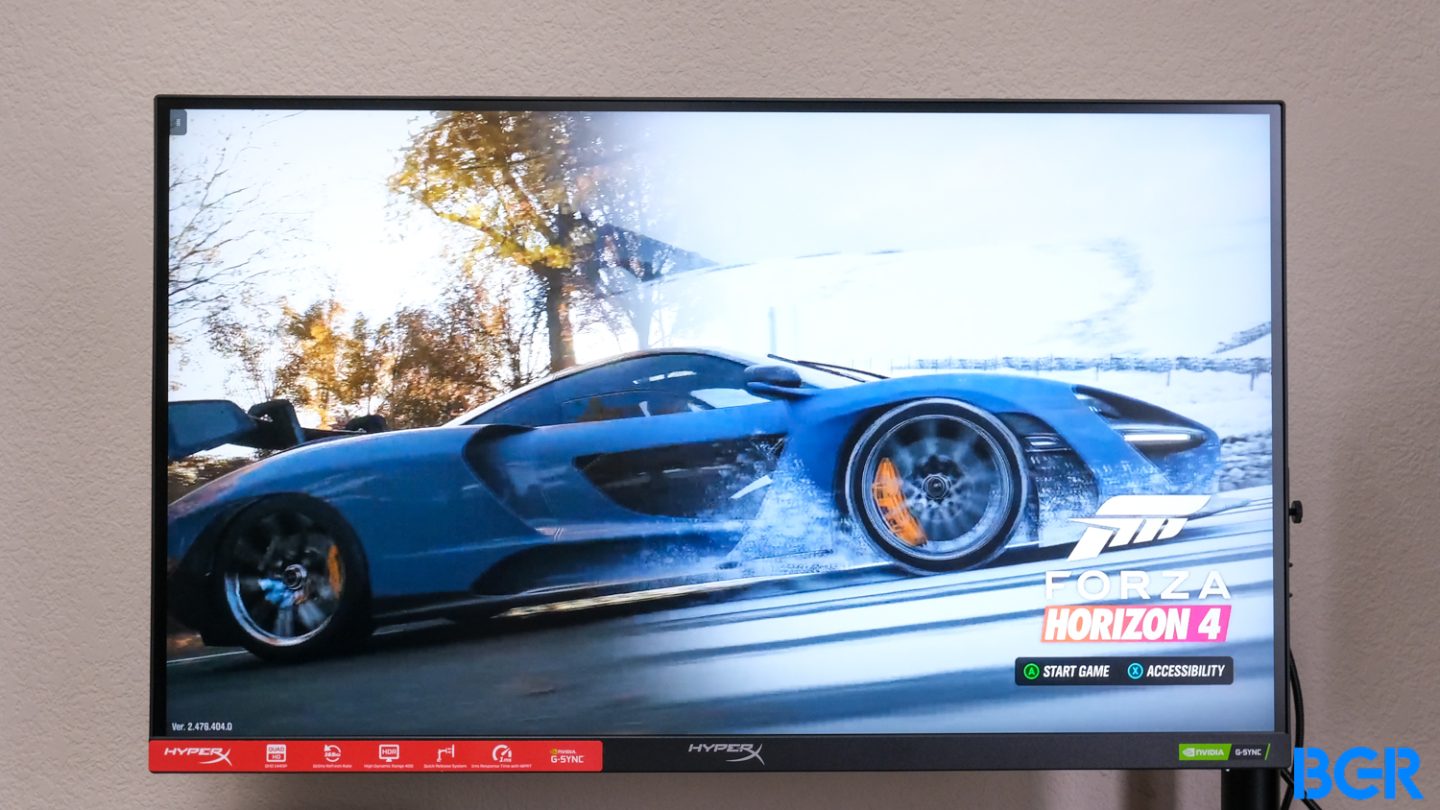 Of course, it’s not totally surprising that HyperX would build a monitor, and ultimately, HyperX is a different company than it was a few years ago. HyperX was acquired by HP last year, and while it still largely operates separately, it’s hard to believe that the new monitor wasn’t at least a little HP-inspired.

But just because HP makes solid displays, that doesn’t mean that HyperX’s new monitors are actually good. Is the HyperX Armada 27 worth buying? I’ve been testing it to find out.

The HyperX Armada 27 is one of HyperX’s first displays ever — but can it compete with established high-end options. 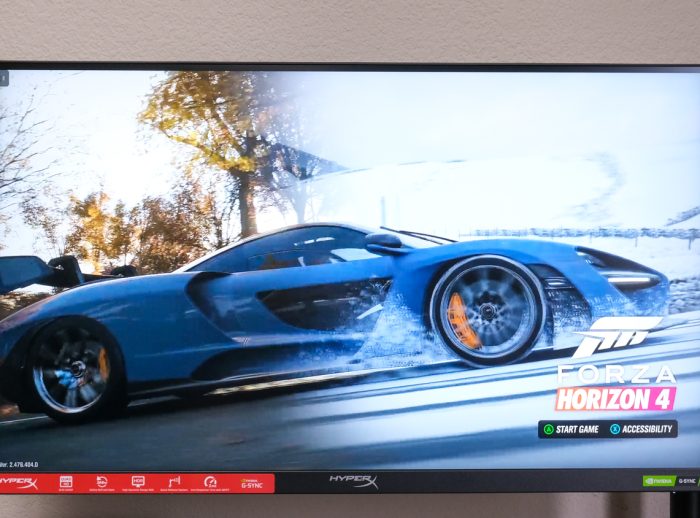 The HyperX Armada 27 is designed like…a typical monitor. But there are some aspects of it that can really come in handy.

Let’s start with the basics. The monitor offers a 27-inch display with a relatively slim bezel at the top and on the sides. The bottom bezel is a little thicker and comes with a few stickers highlighting some of the monitor’s features — though you can remove those as you see fit.

The monitor actually comes with a desk mount and arm, and it works very well. It’s easy to set up, though you’ll have to properly attach it to your desk. The mount is highly adjustable, making it easy to set the monitor up to the position that you want it to be in. It also attaches to the back of the monitor very easily, thanks to a quick-release latch system.

The monitor is relatively slim, but due to the fact that the power source is built into the back of it, it’s a little thicker than some of the competition. It was still easily thin enough for my needs, and most will be perfectly happy with the thickness of the monitor in general.

There are a few features missing though. Many modern monitors act kind of like a USB-C dock, but you won’t be able to charge or connect devices to this monitor. In fact, it can’t connect through USB-C or Thunderbolt at all, instead being limited to HDMI and DisplayPort.

Overall, I quite like the design of the Armada 27, both when it comes to looks, and functionality. You will have to be happy with mounting it to your desk rather than just using it with a basic stand, but I find that monitors look better like that anyway.

Of course, more important than design is the display quality — and thankfully, this display looks pretty good.

First, the tech specs. The monitor has a 27-inch display with a 1,440p resolution and a 165Hz refresh rate. It also has 1ms response time making it an excellent option for those who want to ensure that there’s as little lag as possible.

Having been using a 60Hz display for a while now, I loved the high refresh rate on offer by the Armada 27. This isn’t new technology — to be sure. But I immediately noticed a difference, and I think most others will too. It just feels smoother and more responsive. Again, many high-end monitors offer this these days, but I do hope that it continues to bleed down to cheaper monitors over time.

Generally, I found the display to look pretty good. You’ll get DisplayHDR 400 tech under the hood here, and while colors were relatively vibrant they didn’t quite punch as much as they do on some other options.

The HyperX Armada 27 is a great first monitor for HyperX, even if it’s mostly borrowed tech from HP. It’s a big enough size, supports all the tech you would want for a gaming monitor in this price range, and looks great. It won’t beat out the more expensive competition, but if you want a solid monitor for gaming at $500 or less, this may be the way to go.

Most of the competition under $500 comes with a compromise of some kind. Rtings’ best gaming monitor under $500 is currently the Acer Nitro XF243Y Pbmiiprx, but it has a 1,080p resolution and a smaller size. Alternatively, it’s worth considering the Gigabyte M27Q, which does have better port support, similar tech specs, and a lower price.

Should I buy the HyperX Armada 27 monitor?

Yes, but it’s also worth considering the Gigabyte M27Q.