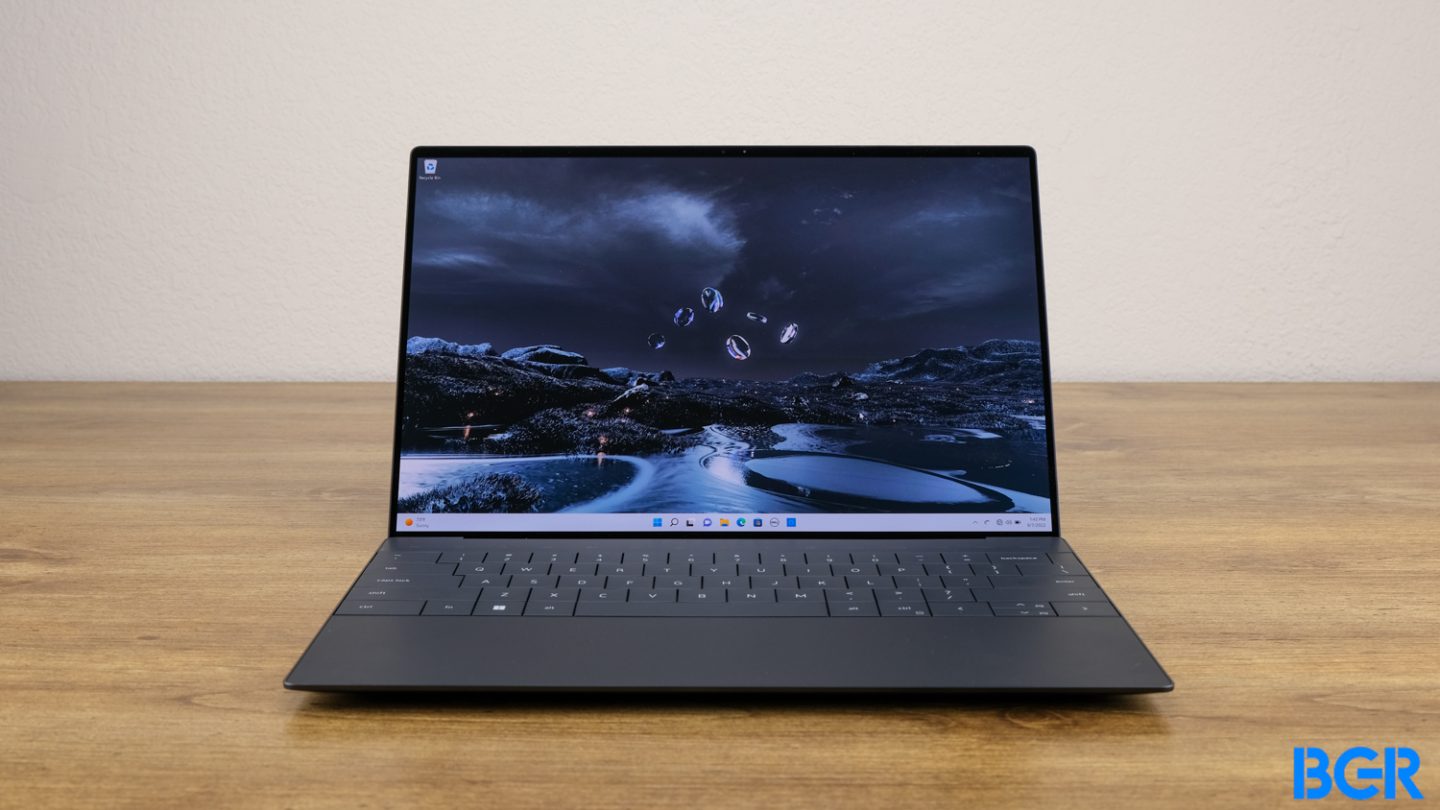 The Dell XPS 13 has long been considered the best of the best of Windows laptops, thanks to its slim and stylish design, powerful internals, and crisp display. But Dell wants to experiment a little more. While you might assume that the XPS 13 Plus is either a bigger or more powerful version of the standard XPS 13, the new laptop instead serves as an introduction to a new design language for the laptop series, while still retaining excellent performance and a range of awesome features.

The Dell XPS 13 Plus won’t be for everyone. It’s pretty minimalist — it has two ports, and neither of them is a headphone jack. It also doesn’t have a defined touchpad — instead opting for an invisible one.

Does this apparent gamble pay off for Dell? I’ve been testing the Dell XPS 13 Plus to find out.

The Dell XPS 13 Plus offers a powerful, modern take on the long-running king of Windows ultrabooks. 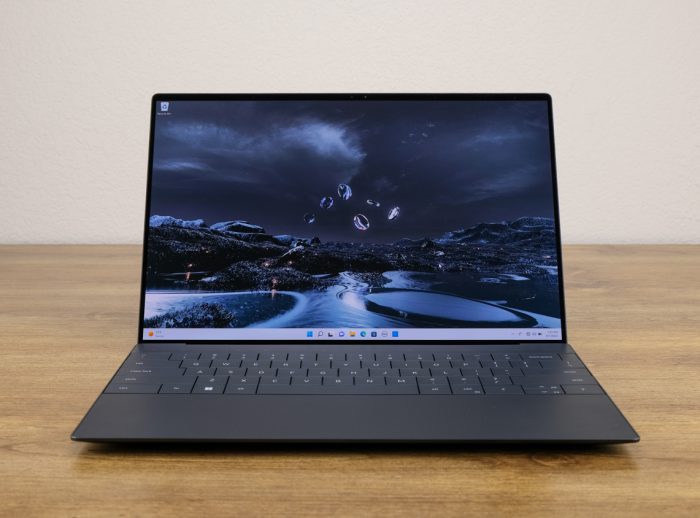 One of the most interesting things about the Dell XPS 13 Plus is its design. The laptop’s design is quite different from the standard XPS 13, in multiple different ways. First, as mentioned, the device has only two ports — one Thunderbolt 4 port on each side. It’s through those ports that you’ll charge, connect wired headphones, and connect any other wired peripherals. Thankfully, the laptop comes with a USB-C to USB-A adapter, and a USB-C to headphone jack adapter. But you’ll still have to remember to bring those adapters with you whenever you take your laptop on the road, if you think you’ll need them.

There are other things about the device’s design that are minimalistic. Open up the laptop, and you’ll see a flat keyboard, with no spaces between the keys, and capacitive buttons instead of physical function keys. The touchpad isn’t even marked on the palm rest — it’s just embedded in the device.

In classic XPS 13 fashion, the display on the laptop of pretty much edge-to-edge. There are no rounded corners, like on the MacBook Air, but there’s also no notch — the webcam is placed in the small bezel above the laptop’s display.

I really like the overall look of the laptop. It’s super clean and extremely sleek. We’ll dive into the functionality of the keyboard and touchpad more later — but spoiler alert: The design changes don’t have a massive negative impact on actually using the laptop.

If you are willing to spend the extra cash for the OLED display, you’ll love what’s on offer here. The high resolution means that the display is incredibly crisp and detailed, and at a normal viewing distance, you won’t see the pixels.

The color accuracy is excellent too. As you would expect from an OLED display, the laptop offers true black levels and a high level of contrast. It also offers excellent viewing angles. Colors are vibrant and vivid, and the result is an excellent movie-watching experience.

The brightness on the display is only fine though. OLED displays traditionally can’t get as bright as other display types, and while the laptop was able to get bright enough for outside work, I found myself using it at maximum brightness relatively frequently, unlike the MacBook Air.

Dell XPS 13 Plus keyboard and touchpad

Dell has radically changed the keyboard and touchpad design on the XPS 13 Plus, but thankfully, they’re both still an absolute joy to use.

First, the keyboard. The keyboard on the Dell XPS 13 Plus offers a good amount of travel and excellent button spacing. Now, obviously, there are no longer actual spaces between the keys themselves, but the keys are relatively large, and as a result, typing on the XPS 13 Plus feels similar to typing, for example, on the MacBook Air. If I had to make a complaint it would be about the small up and down keys, but honestly, it rarely bothered me all that much.

The capacitive controls take some getting used to though. These controls don’t offer any tactile feedback of any kind, which not everyone will love. Honestly, I don’t use these controls enough for it to be a huge issue, but some may find it too minimalistic.

The touchpad, as mentioned, is hidden beneath a large sheet of glass that covers the entire bottom of the laptop. I thought that I would hate this, but honestly, I kind of love it. Frankly, most people don’t actually look at the touchpad when they use it, and its size and sensitivity mean that it basically works the same as any other high-end touchpad. If it takes you any time to get used to it, it won’t be long — and the clean look makes it worth the trade-off for me.

The Dell XPS 13 Plus is, on paper, one of the top-performing productivity laptops out there. The base model of the laptop comes with an Intel Core i5-1240P, which will probably perform well enough for most. Other options include a Core i7-1260P and a Core i7-1280P. Our model has the i7-1280P with 16GB of RAM. You can configure it to offer 8GB or 32GB of RAM too, if wanted.

In day-to-day use, the XPS 13 Plus performed excellently. I tend to use my laptop for productivity more than gaming or multimedia content creation, so even the i5-equipped model would have been fine for my general workflow. Using apps like Slack, Chrome (with way too many tabs open), Mail, and so on, easily loaded and remained quick and responsive.

Dell XPS 13 Plus battery and charging

The Dell XPS 13 Plus comes equipped with a 55Wh battery, and while it wasn’t too short, it definitely didn’t last as long as I would have liked. The laptop was not able to get me through a full work day, so don’t expect the all-day experience that you might get from something like the new MacBook Air. Now, much of that was to do with the high-resolution display — and if you end up going for the entry-level display, you should definitely get a longer battery life.

Thankfully, the laptop is able to charge relatively quickly. With the included charger, you’ll get from 0 to around 80% in a little under an hour, which is pretty impressive.

Dell XPS 13 Plus webcam and speakers

The webcam on the Dell XPS 13 Plus has a 720p resolution, and that’s at a time when many manufacturers, including Apple, are upgrading to 1,080p. I would have liked to see a similar upgrade from Dell for this model — the webcam is a little grainy and could use a bit more detail. But in general, it still looks fine — and colors weren’t bad.

The speakers, thankfully, are quite good. Dell has built a quad-speaker system into the XPS 13 Plus, and it was able to deliver relatively deep audio with decent detail. Like most laptops, it won’t beat a pair of decent headphones or speakers, but in a pinch, they’re more than adequate.

Dell XPS 13 Plus software and features

As you would expect, the Dell XPS 13 Plus comes with Windows 11, and thankfully there isn’t much bloatware to contend with here. You will be prompted to allow your details to be used for a McAfee account, and McAfee comes pre-installed, but apart from that, the operating system is relatively scaled back, which is a good thing.

The laptop allows you to sign in with both facial recognition and a fingerprint scanner, so you can use your preferred method. I tend to prefer the fingerprint sensor, but I’m glad both are an option here. Both seemed to work relatively quickly and accurately in my testing.

Perhaps unsurprisingly, the Dell XPS 13 Plus is a killer laptop. I love the design tweaks that Dell has made, though a larger port selection would have been nice. The laptop is modern, powerful, and bold. The battery life leaves a little to be desired, but I’m excited to see what comes from future XPS models if Dell continues down this path.

Some of the biggest competition comes from the Apple MacBook Air, but most buyers aren’t necessarily deciding between those two, given the fact that they run different operating systems. If you’re a Windows fan, buy the XPS 13 Plus — if you like MacOS, the MacBook Air is a great device.

Should I buy the Dell XPS 13 Plus?

Yes. It’s among the best Windows ultrabooks out there.