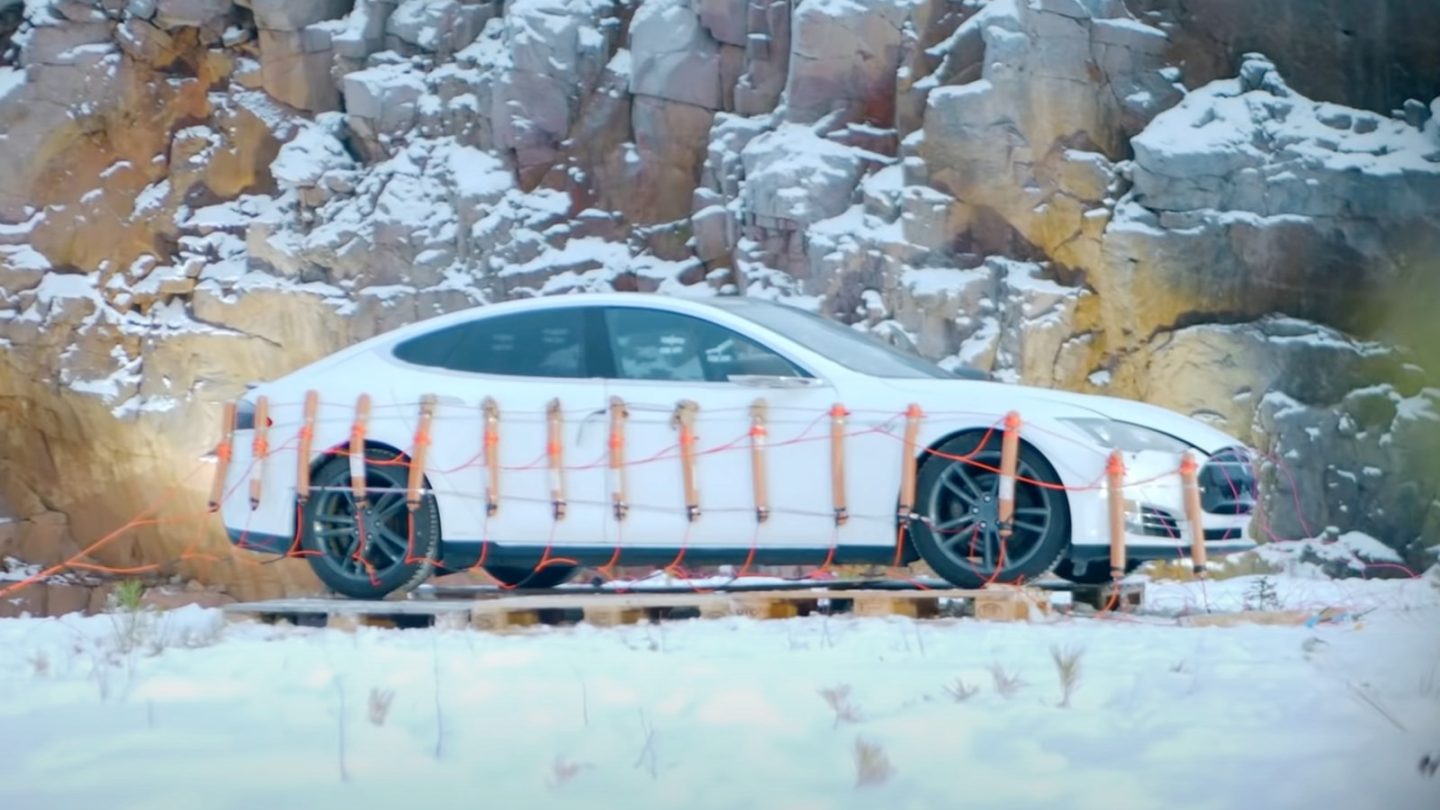 What would you do if your 2013 Tesla Model S started showing error codes after less than 1,000 miles, and the only fix was a $22,600 full battery replacement? Would you pay about half of what the electric car retails for? Or would you call up the Bomb Dudes to help you strap 30 kg (66 pounds) of dynamite to your Tesla and blow it up? If you’re Tuomas Katainen, you’ll go the latter route. And the Tesla explosion video has gone viral on YouTube.

Katainen doesn’t make Tesla explosion videos for fun. At least, not yet. The Finnish man blew up his Tesla Model S out of spite after finding out how much he’d have to pay to fix it.

He started experiencing errors after putting less than 1,000 miles on his Model S. A local repair shop held on to the Tesla for a month before telling him that the only way to repair it would involve replacing the entire battery. The job would cost €20,000 ($22,600). Also, Tesla would have to agree to the repair.

A 2013 Model S retails for more than $42,900 in Finland. It’s easy to see why the Tesla owner was less than interested in paying for the repair. He told the repair shop that he would pick up the electric car and blow it up. And that’s how this drastic plan to blow up his Tesla and record a video of it came about.

Katainen got in touch with local YouTuber Pommijätkät, which translates to Bomb Dudes, to get the job done.

Blowing up a car like the 2013 Tesla Model S in this video is no small feat. Katainen and Pommijätkät took extra precautions to ensure the safety of those present.

They went to an old quarry for the Tesla explosion video and took proper steps so the explosion from their 66 pounds of dynamite would not hurt any of the bystanders that came to watch.

As you’ll see in the video, the Bomb Dudes placed the Tesla a safe distance away before wiring it with explosives. They installed plenty of cameras to capture the explosions in great detail. And yes, the video does contain plenty of slow-motion action. Then, they hid in a makeshift bunker to watch the detonation.

Before Katainen initiated the blast that would turn the Tesla into unrecognizable debris, they added the cherry on top. A crash test dummy with an Elon Musk headshot on its face sat behind the wheel.

Asked what is better, a working Tesla or blowing the car up, Katainen said “sort of both.” But then he admitted that “maybe more explosion.” Watch the Tesla explosion video in full below: