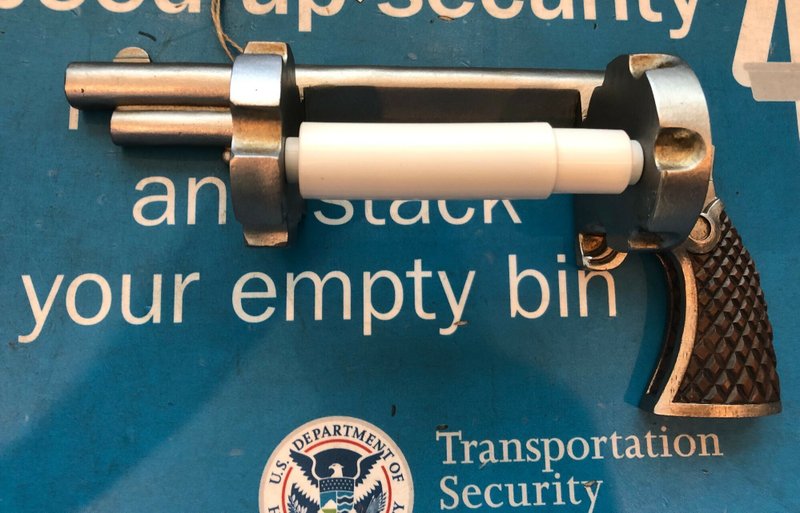 Hey, so, you know that flight you have planned for the upcoming holidays? Yeah, I’m sure it’s going to be fine and everything, but one word of advice: Don’t bring anything that looks like a gun with you. I know, you shouldn’t even really have to say such a thing these days, but apparently, not everyone realizes that gun-shaped things can cause problems on planes.

Recently, the Transportation Security Administration agents at the Newark Liberty Airport in New Jersey discovered what appeared to be a gun in a traveler’s carry-on page. This, as you might imagine, set off several red flags and agents dove into the person’s luggage to see what exactly they were trying to bring onto the plane. It was not, in fact, a gun.

The unidentified traveler had apparently purchased a toilet paper roller that looks shockingly similar to a revolver. The faux weapon was complete with a realistic-looking barrel and even a decorative handgrip that looks shockingly real. In fact, it was close enough in appearance to a real gun that it was deemed a replica firearm and the TSA refused to let him board with it.

Once the agents decided that the man wouldn’t be allowed to take it with him, he was offered three options. He could either add it to his checked luggage which would be stored along with the rest of the plane’s cargo, give it to someone else who wouldn’t be boarding the plane, or just get rid of it. In a humorous twist, the man was apparently not too attached to the odd item and he decided to let the TSA keep it.

This is a timely reminder of the ridiculous things that TSA agents have to deal with on a daily basis. So, as you’re waiting impatiently in line to be checked for your next flight, just remember that their job isn’t easy, and stupid people make it even harder.