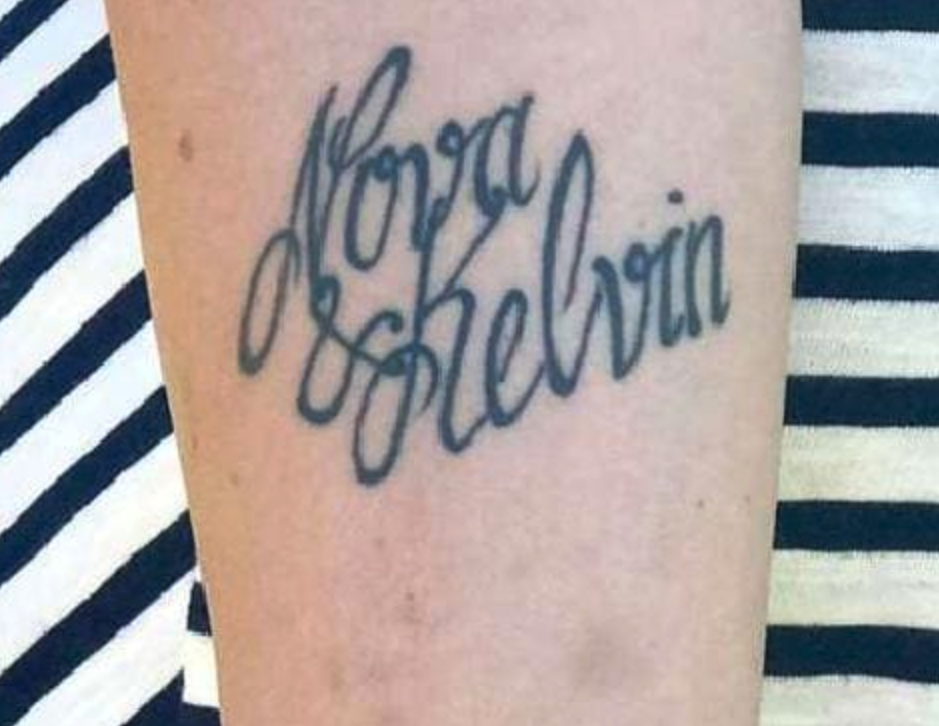 People get tattoos for all kinds of different reasons, but getting the names of your children tastefully tattooed on your body has become a common trend as of late. Johanna Giselhäll Sandström, a 30-year-old mom from Sweden, decided to do just that, but when the artist had finally wrapped up his work she realized that they both had made a horrible mistake: Sandström’s two-year-old son’s name had been misspelled.

Her boy’s name, Kevin, had been written as “Kelvin” in body ink, and there was nothing the mom or the regretful tattoo artist could do about it. He offered her a refund due to the error, but Sandström came up with a different plan. She legally changed her son’s name to match the erroneous tattoo.

“I said I wanted the names of my children tattooed on me and I gave the artist their names,” Sandström told a local newspaper. “The artist drew the design and didn’t ask anything about the spelling so I didn’t give it any more thought.”

It’s unclear whether the pre-tattoo sketch also included the misspelling, but regardless of that it’s crazy to think that the dedicated mom didn’t bother to double-check or even watch the tattooing as it progressed. In any case, the end result was Kelvin, and Sandström was left with a tough decision.

At two years old, the boy apparently wasn’t all that attached to his name, so Sandström and her husband decided that it would be fine to change it to Kelvin. The two parents say they like the new name because, unlike Kevin, it’s rare and different. Kevin — sorry, Kelvin — reportedly enjoys the name as well, though we’ll have to wait until he’s older to see how he reacts to the origin story.

The paper reports that the couple has just had another child, named Freya, and the proud mom is ready to head back to the tattoo chair. This time around, she says she’s going to “check it over 10,000 times” to make sure the artist gets it right. We can’t wait to hear what baby Frieda will say when she’s older.