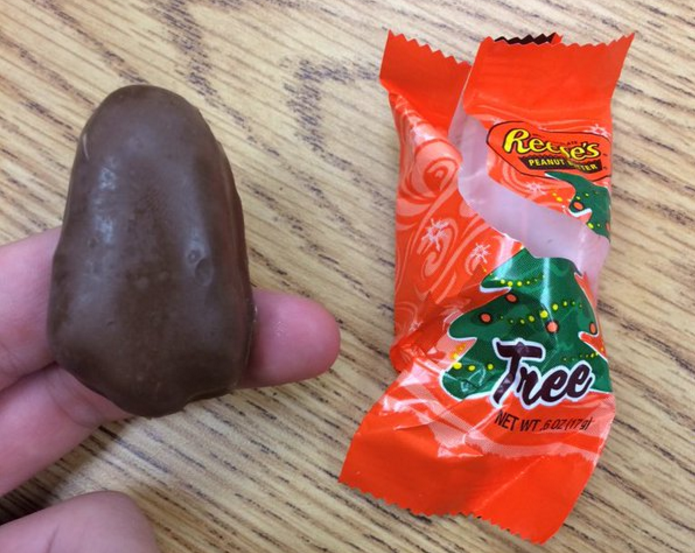 Is nothing sacred anymore? It used to be that when you’d buy one of Reese’s special Peanut Butter Christmas Trees, you’d get a piece of candy that would bear a passing resemblance to some kind of tree… or at the very least, something that recognizably looked like an attempt to depict a tree. This year, however, it looks like Reese’s has been phoning it in and the Internet is not happy about it.

MUST WATCH: 10 glaring mistakes you might have missed while watching the Star Wars prequels

Food blog Delish points out that there has been a lot of chatter on social media about the frankly sorry state of this year’s Reese’s Christmas Trees. In case you don’t know, the candies are supposed to look like this:

What Reese’s fans are seeing instead, however, are trees that look like this:

@ReesesPBCups this does not look like a tree explain pic.twitter.com/bZFRxCary5

@ReesesPBCups what kind of bloody Christmas tree is this? pic.twitter.com/x8WpaU1v8f

Basically, it looks a lot like Reese’s decided to just make a bunch of its Peanut Butter Easter Egg candies and wrap them up in Christmas Tree packaging. All told, this looks like the biggest first-world crisis to hit the web ever since Internet users realized Amazon wasn’t going to sell them a 4K TV for 50 cents on Prime Day.