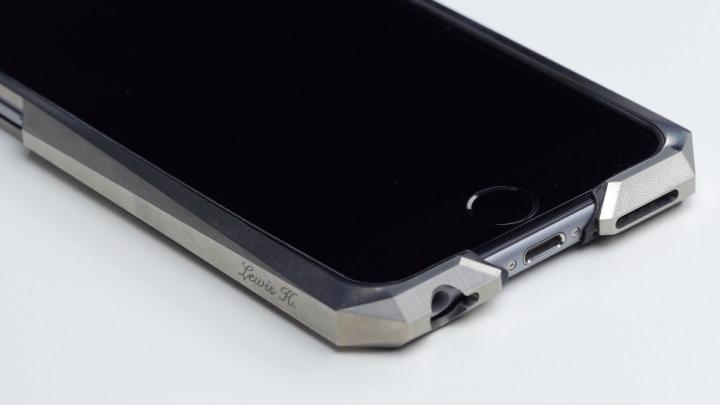 Unbox Therapy’s Lewis Hilsenteger has really been bringing it with the fancy iPhone 6s cases lately. Earlier this week, I highlighted the Unbox Therapy video about the Prong PWR Case, which I thought looked like the ultimate iPhone 6s case thanks to its ability to serve as both a detachable battery and a cord-free charger. And today, Unbox Therapy is back with yet another high-end iPhone 6s case that costs $1,000 and is made of titanium.

MUST READ: 10 offensive products that Amazon refuses to sell

Called the Advent and developed by Gray International, the case costs ten times as much as the Prong PWR Case I highlighted on Thursday, but it really doesn’t seem to be ten times as useful. All the same, it does come with a special note that lets its buyer know just how special it really is.

“The Advent was created to turn your fantasies into a reality,” Hilsenteger reads the note aloud, unable to keep a straight face. “It is a case that redefines design and elegance. Each case goes through a time-consuming machining process where a solid block of Aerospace Grade 5 Titanium alloy is transformed into a being of such complexity and precision, inheriting the strength and lightweight properties of titanium.”

As for the case itself, it consists of two titanium braces that attach to each side of the iPhone. It doesn’t cover the entire back of the device as most cases do and instead serves mainly to prevent it from bending. The braces are also elevated, which means you can place your iPhone down on a flat surface without any fear of it scratching.

It seems nice but… $1,000 nice? I really don’t think so, especially when you consider that it costs significantly more than the iPhone itself.

At any rate, be sure to check out the whole video below. And if you’re interested in learning more about the case, visit Gray International’s page at this link.