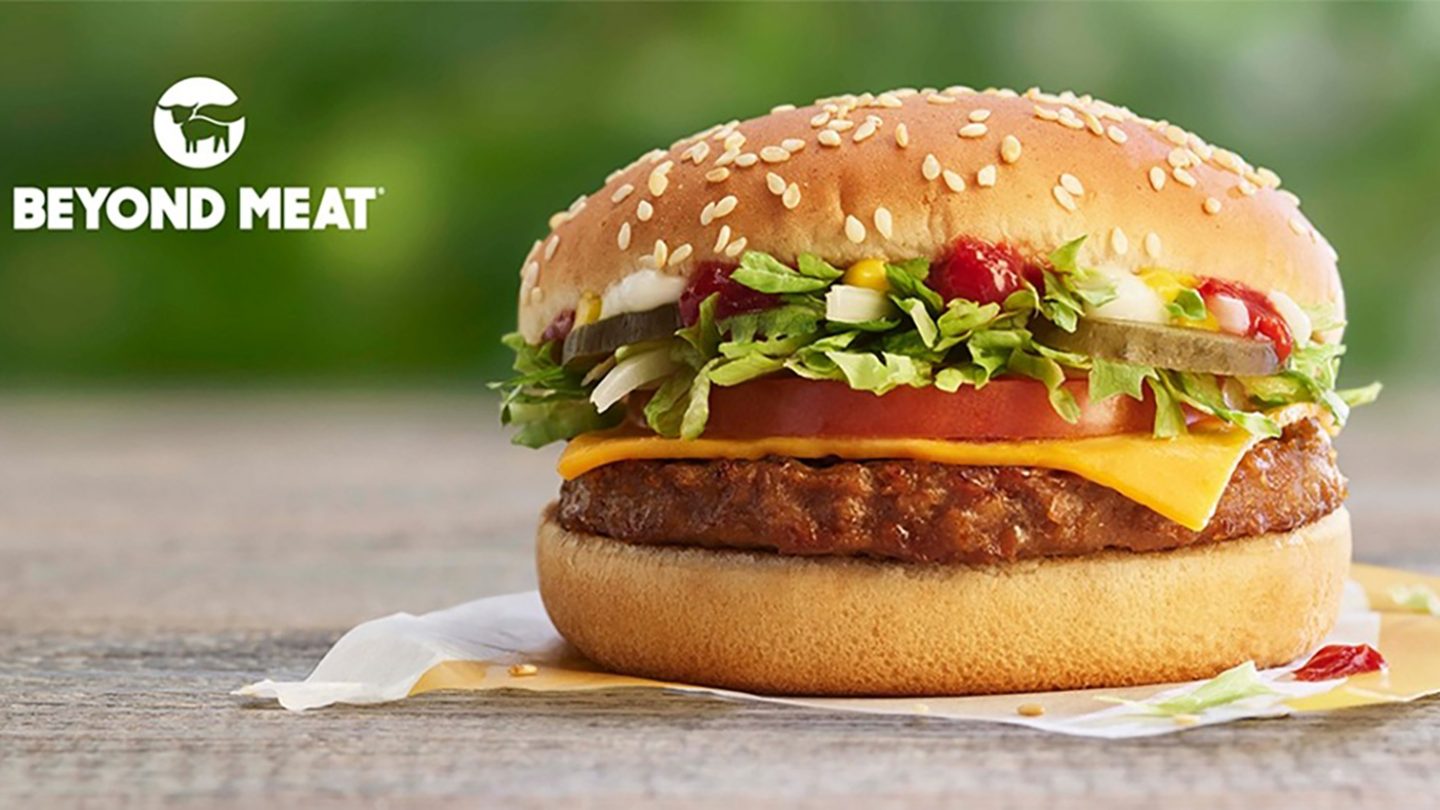 This week, McDonald’s announced an expansion for the test of its meatless McPlant burger in the US. Starting on February 14th, McDonald’s will make its McPlant burger available at around 600 additional restaurants in the San Francisco Bay and Dallas-Fort Worth areas. The burger will only be available for a limited time and while supplies last in the two new markets.

McDonald’s began its operations test of the McPlant in November. Initially, the meatless burger was only available in eight restaurants across the US. The cities McDonald’s chose for its test were Irving and Carrollton, Texas; Cedar Falls, Iowa; Jennings and Lake Charles, Louisiana; and El Segundo and Manhattan Beach, California. Clearly, the results were satisfactory.

McDonald’s has co-developed the plant-based McPlant patty with Beyond Meat. The patty consists of peas, rice, and potatoes, and it attempts to replicate the texture and flavor of beef. McDonald’s serves the patty on a sesame seed bun with tomato, lettuce, pickles, onions, mayonnaise, ketchup, mustard, and a slice of American cheese. Earlier in 2021, McDonald’s also introduced the burger in Sweden, Denmark, the Netherlands, Austria, and the UK.

McDonald’s explained the McPlant test in a press release on its corporate website last October:

We’re always testing new items and flavors, and this particular test will help us understand how offering a burger with a plant-based patty impacts the kitchens in our restaurants. The McPlant was created to give customers more delicious options in addition to the McDonald’s burger line-up you know and love, with fan favorites like the Big Mac and Quarter Pounder sandwich still available nationwide.

Late to the game

As noted by CNBC, McDonald’s is rather late to the game when it comes to meatless menu options. Burger King first debuted its Impossible Whopper over two years ago. The meatless burger, made in partnership with Impossible Foods, is available all over the country. Meanwhile, the biggest fast-food chain on the planet is still conducting an early test. That said, providing meatless options is a priority for the company. Last February, McDonald’s announced a three-year deal with Beyond Meat.

“Our new McPlant platform is all about giving customers more choices when they visit McDonald’s,” said Francesca DeBiase, McDonald’s Executive Vice President and Chief Supply Chain Officer stated at the time. “We’re excited to work with Beyond Meat to drive innovation in this space, and entering into this strategic agreement is an important step on our journey to bring delicious, high quality, plant-based menu items to our customers.”

Unfortunately, we have no idea when or if the McPlant burger will become an official menu item. Following this far more expansive test, the company should have all of the data it needs to make a decision. There is clearly a market for meatless burgers — now we will find out whether or not that market is big enough for McDonald’s.

In the meantime, if you live in Texas or California, take a trip and try it yourself.