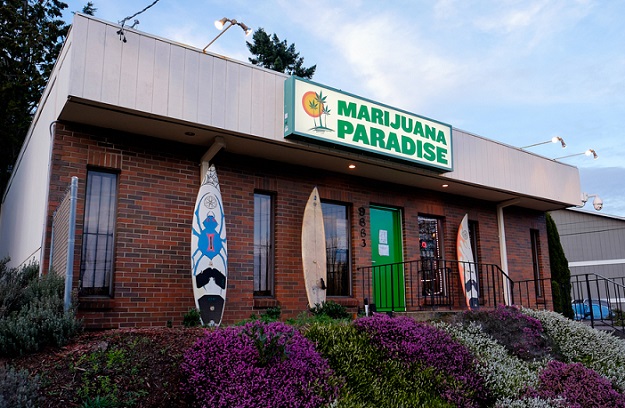 Comedian John Mulaney has a great bit about how marijuana, over the past few years, has magically transformed from a stigmatized drug into something that’s now becoming legal across a growing number of states.

“It’s also a really weird thing,” Mulaney said in reference to the 180 society appears to be doing with respect to marijuana, “because this is the first time I’ve ever seen a law change because the government is just like, ‘Fine.’ You know? I’ve never seen it before. Like, gay marriage and healthcare, we have to battle it out in the Supreme Court, and be like, ‘Gay people are humans.’ And they’re like, ‘We’ll think about it.’

“But with weed,” Mulaney continued, “it was just something we wanted really badly, and we kept asking them for 40 years, like, ‘Excuse me.’ And then suddenly the government became like cool parents, and they’re just like, ‘Okay, here. Take a little. We’d rather you do it in the house than go somewhere else… blah, blah, blah, blah, blah.’ Those stupid parents. And that’s a big deal because they scared us about weed constantly. It would be on our sitcoms. We’d be watching Saved by the Bell, we’d be having a great old time. And then, suddenly, a character we had not seen before would show up with some weed and the episode would stop cold in its tracks.”

True to form, a number of states passed various incarnations of marijuana legalization referendums on the ballet yesterday, some with impressive majorities. Whereas some states followed the lead of Colorado and legalized marijuana for recreational use outright, other states took a more measured approach and approved marijuana for medical reasons. The larger point here is that the public’s stance on marijuana appears to be shifting rapidly.

That being the case, we thought it was high time (pun partially intended) to take a step back and look at all of the states where individuals can openly and freely walk into a weed store, show some ID, and walk out with some green or some edibles. Colorado, Alaska, Oregon and Washington are now joined by California, Maine, Massachusetts and Nevada as weed friendly states. Interestingly, voters in Arizona voted against legalizing the recreational use of marijuana, though medical use is there is permissible.

Without question, the era where kids were indoctrinated to believe that marijuana was nothing short of a gateway drug to crack and heroin appears to be a vestige of the 1980s that has since been turned on its head..