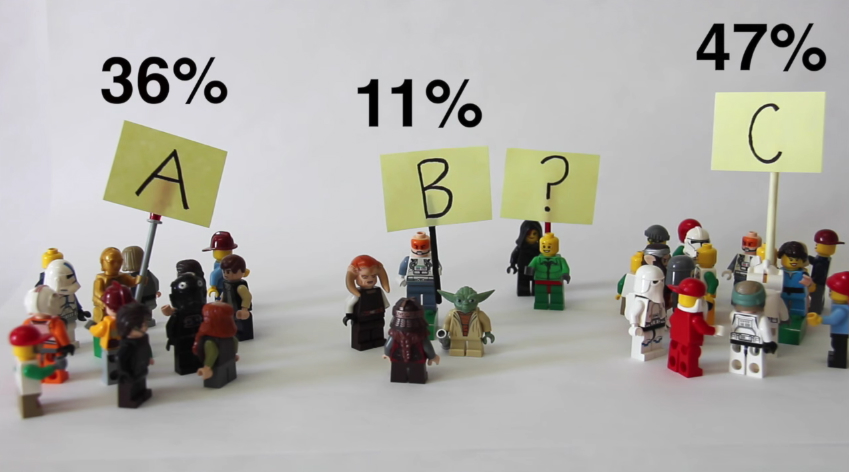 It’s that time again, the one candidates from both parties have been waiting for. The Iowa caucus kicks off this year’s quest for presidential nominations, and later on Monday we’ll find out the winners of this first round of voting. Microsoft’s Bing already has a forecast for the Iowa caucus winners, and it’ll be interesting to see whether it can accurately predict the results of this year’s elections, primaries included.

Meanwhile, if it’s still not clear how caucuses work and why Iowa is vital for any presidential candidate, the following video will explain everything there is to know. With Legos. Star Wars Legos.

DON’T MISS: Google is going to give Chrome a big visual makeover – here are the first images

It’s not all rocket science, but it’s not that simple either. And it’s not an election process per se, though votes are cast. But, every candidate still wants to win of course.

Currently, Hillary Clinton and Donald Trump are seen as the winners for the Democratic and Republican caucuses. Mind you, however, that history has shown that the winner of the Iowa caucus, regardless of party, will not necessarily win the party’s nomination – just ask Bill Clinton about his 1992 Iowa caucus performance.