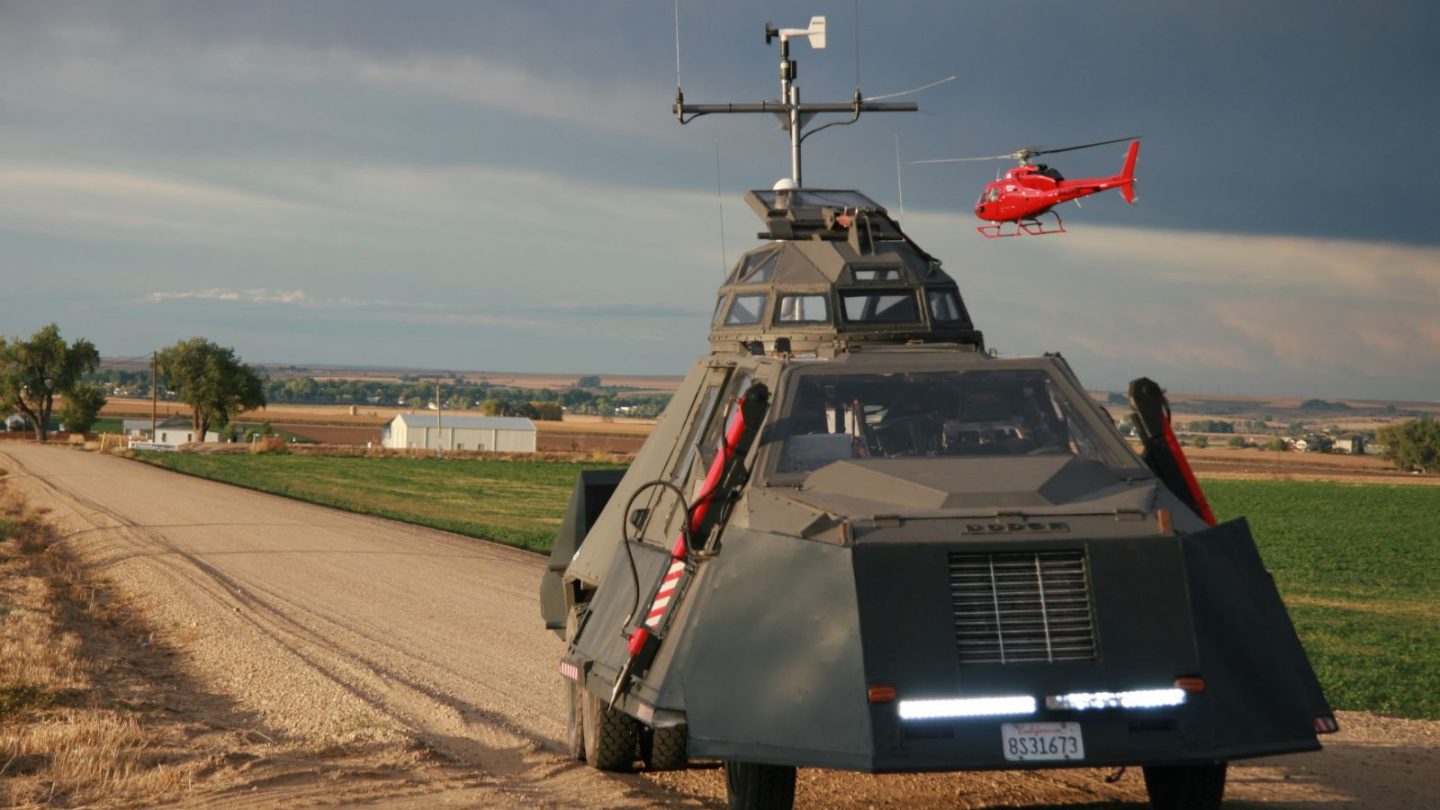 Our fascination with terrifying storms might come to an end one day, but today is not that day. Thanks to nostalgic Imgur user CaineArgentin, we were pointed in the direction of a two-year-old video from meteorologist Brandon Ivey as he drove into the direct path of an oncoming EF-4 violent tornado.

Without any context, you might be wondering how exactly the vehicle from which the video was filmed didn’t get carried away and subsequently annihilated by the tornado. Well, here’s a closer look at the vehicle:

If you’ve ever watched Storm Chasers on the Discovery Channel, this beast might look familiar. It’s the second iteration of the Tornado Intercept Vehicle (TIV), based on a Dodge Ram 3500 which has been converted to a six-wheel drive vehicle. Despite its size, it tops out at over 100mph and can drive approximately 750 miles before needing a refuel.

The steel siding you see covering the TIV can withstand just about anything you throw at it, with hydraulic skirts that actually lower to the ground to protect the undercarriage. About 2:40 into the video, you can see an object slice across the bulletproof glass as well — another vitally important protective measure.

What I found most fascinating was that the red spikes on the side of the TIV actually anchor into the ground to keep the vehicle in place. So now you know why this makeshift tank didn’t fly away.