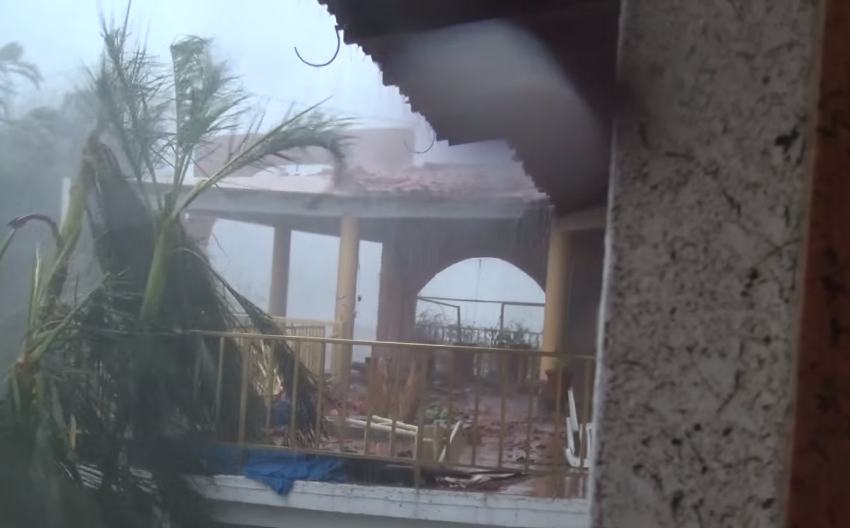 Ever wondered what it’s like to sit inside a hotel as it’s being destroyed by a category five hurricane? The storm-chasing team at iCyclone recently went through this so you hopefully never have to and it’s even posted a video of the experience for you to watch from the safety of your computer or smartphone.

The team was following Hurricane Patricia as it slammed right into the town of Emiliano Zapata in southern Mexico. They decided to hunker down in a local hotel just before the storm’s winds really started to pick up in the late afternoon at around 4:30 p.m. By 6 p.m. in the video, the storm is really tearing through the area, ripping off pieces of buildings that go flying in the air and blowing down trees.

But within about 10 minutes, there’s a lull as the eye of the storm passes through the area. The atmosphere in this part of the video is particularly eerie because you can almost see sunlight peeking through the clouds even though a gigantic hurricane is swirling all around.

And then, just five minutes later, the eye has passed and the winds really start picking up violently. This is to be expected, of course, because the winds at the edge of a hurricane’s eye are its most intense.

By the end of the video, the storm’s peak winds of up to 165 miles per hour have wrecked huge portions of the hotel, as you can see at the photo at the top of the page. Surveying the wreckage, the storm chasers found that the storm completely ripped off the ceilings of several rooms and even took down portions of the walls.

In all, this is an amazing video that shows off just how destructive Mother Nature can be. Check it out below.