With Hurricane Matthew wreaking havoc, these Floridians decided to party and surf 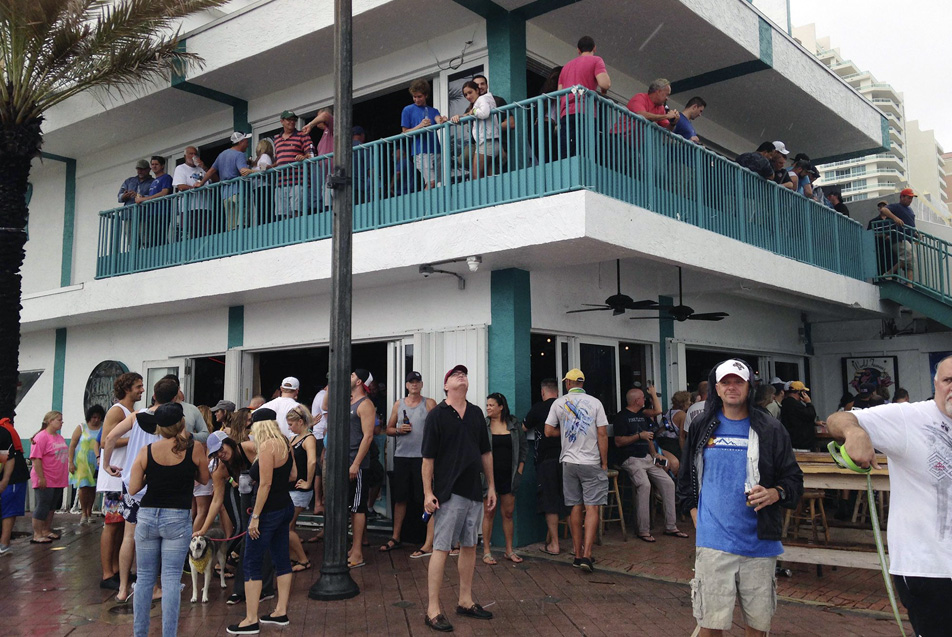 With Hurricane Matthew on the warpath, and meteorologists warning residents that they could very well be killed if they don’t up and leave, thousands of Florida residents over the past few days evacuated their homes in search of safer ground.

But not everyone in Florida was up in a panic with an impending hurricane approaching. On the contrary, some Floridians as late as Thursday were living up to those old Florida stereotypes and, believe it or not, used the approaching hurricane as an excuse to party it up, toss a few back and even catch some waves.

In a number of photos published by the AP, many Florida residents in Fort Lauderdale opted to stand their ground and partake in “hurricane parties.” Of course, it obviously helped that Hurricane Matthew didn’t move as far inland as some initially anticipated.

With Hurricane Matthew out at sea and aimed well north of this city known for parties, a big one broke out Thursday across the street from waves churned up by the storm.

A huge crowd spent the day tossing back beers and singing along with a guitar player at the Elbo Room, situated on a corner in the heart of an area that’s typically overrun by college students during spring break.

A smaller crowd partied at another bar one block over. And just up the street, Kim Siegel pranced like a gazelle atop a squat beachside wall as a friend shot videos.

“I’m happy to have a breeze. We haven’t had one in months,” she said.

On top of that, other Floridians, apparently inspired by Point Break, decided to take advantage of the storm by catching a few big waves, as evidenced via the video below.

You can check out a large collection of Florida Hurricane Matthew party photos over here.

By Jacob Siegal 19 mins ago