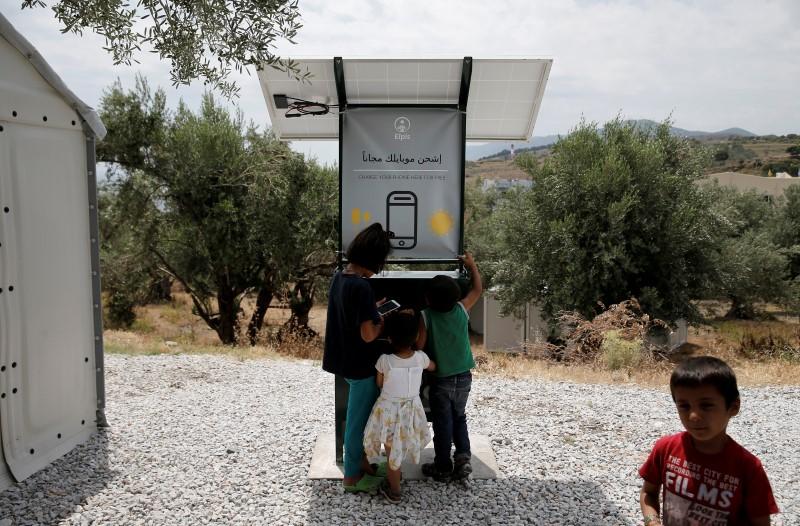 No blog post is going to do justice to the difficulties of being a migrant, crossing the Mediterranean, and finding yourself in an impossible position in Greece.

One thing that makes the journey a little easier is cellphones, and by extension access to resources abroad, and family and friends at home. But staying charged up when you’re in refugee camps is presumably difficult, which is something that one team of students is trying to remedy.

As Reuters reports, a group from Edinburgh University has come up with a solar-powered phone-charging station. They have installed two units so far, in partnership with Greek solar technology company Entec. Each unit has 12 plugs powered by solar panels, theoretically enough to charge hundreds of phones per day, all free of charge.

Apparently the hardest part of the project wasn’t technological — it was avoiding red tape in Greece. “Initially it was quite difficult. Everything in Greece is quite bureaucratic,” one of the students said.

The team isn’t stopping with two units. Another three are in the works with money from a crowdfunding campaign, and the ultimate aim is to reach dozens of camps around Greece.

It’s not the first project that aims to help migrants with cellular technology. A cell company in Canada made headlines by offering refugees free service and free handsets on arrival in Canada, a move that’s been copied around the world. Access to a basic smartphone often means access to online banking, news reports, communications and helps with finding jobs and housing.