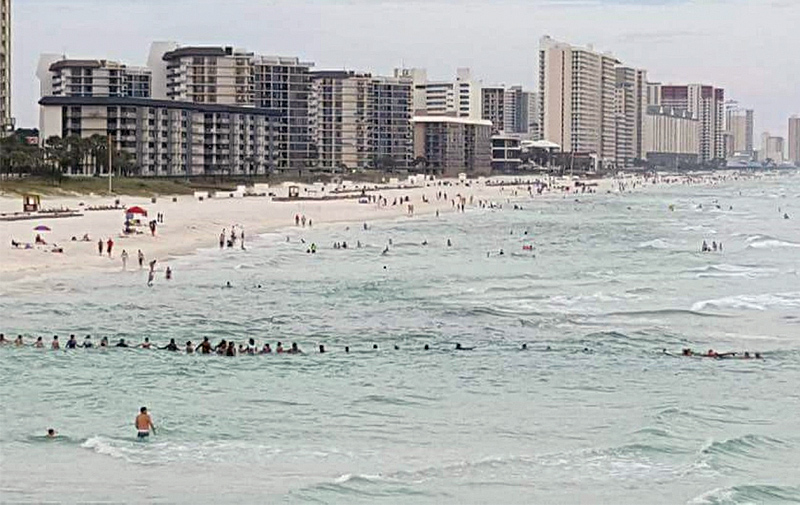 With the summer heat scorching the coasts it’s not exactly a surprise that you’d find countless families flocking to beaches in search of relief. But for one Florida family, a relaxing dip in the water quickly turned extremely dire as all six of them found themselves swept away by a riptide, far away from the safety of the sand. Luckily for them, the human spirit prevailed, and a massive human chain quite literally saved their lives.

The family, unaware of the presence of the gripping tide, swam out a bit too far. Eventually, the four adults and two children ended up a full 100 yards from the shore, and began screaming for help. When other beachgoers heard the distressed cries and saw the family stuck so far out they alerted law enforcement nearby, but rather than attempt a rescue without proper equipment, the officers reportedly called in a rescue boat to aid them.

However, time was of the essence, and waiting for the arrival of the boat could have meant the lives of some or even all six of the stranded swimmers. So, rather than risk it, dozens of the beach dwellers who had been soaking up the sun opted to form a massive human chain, securing each other with strong grips and gradually making their way to the family.

After amassing nearly 100 people, seasoned swimmers managed to drag the tide’s victims within reach of the human chain. Despite mouthfuls of seawater and having their energy drained by their battle with the current, the six were able to be brought back to shore safely.