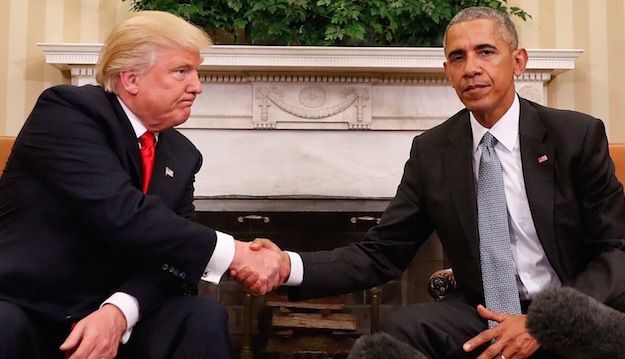 Earlier this week, Donald Trump shocked most of the world when he beat Hillary Clinton and became the new President-elect of the United States. Set to be sworn in this coming January, the transition of power between the Obama administration and Trump’s burgeoning administration has slowly but surely starting to pick up steam.

To this point, Donald Trump yesterday met with President Barack Obama where the two sat down for a few hours to discuss, among other things, the impending changing of the guard. Taking to Twitter to recap the meeting, Trump said: “A fantastic day in D.C. Met with President Obama for first time. Really good meeting, great chemistry. Melania liked Mrs. O a lot!”

By now you’ve likely seen either video footage or any number of photographs from the aforementioned meeting between Trump and Obama. Of course, it didn’t take long before Photoshop enthusiasts across the web started to have a little bit of fun with it all.

In a particularly entertaining thread on the Photoshopbattles subreddit, Redditors got to work and churned out a number of hilarious and creative takes on Trump’s meeting with Obama. We’ve pored through them all and have found some of the better ones for your viewing enjoyment.

First up, we have a little bit of rock paper scissors action. 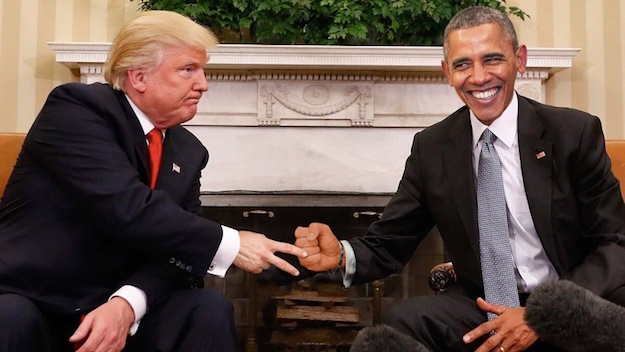 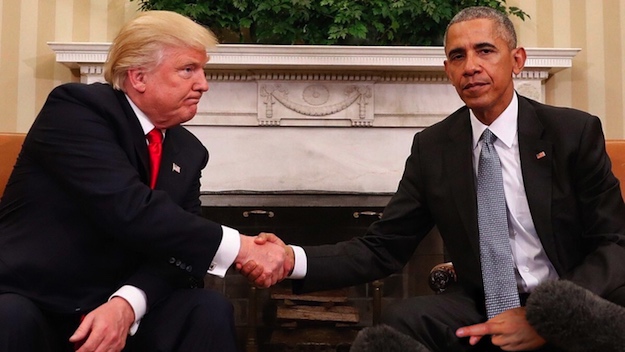 Trump of course is no stranger to the WWE ring. 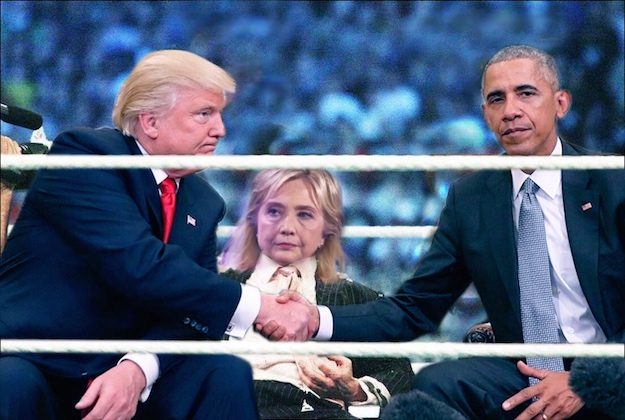 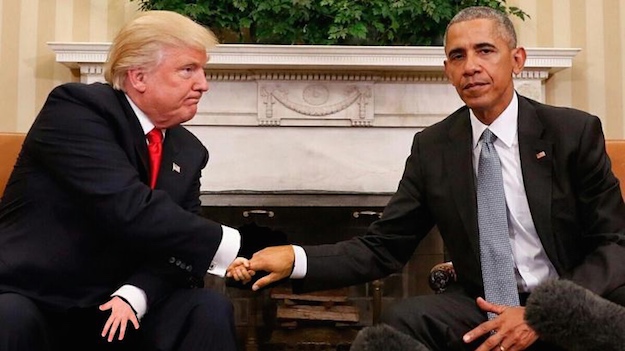 I’m not sure what the meaning of this one is, but hey, what’s more random than Pete Rose?

A little bit of Back to the Future II love. 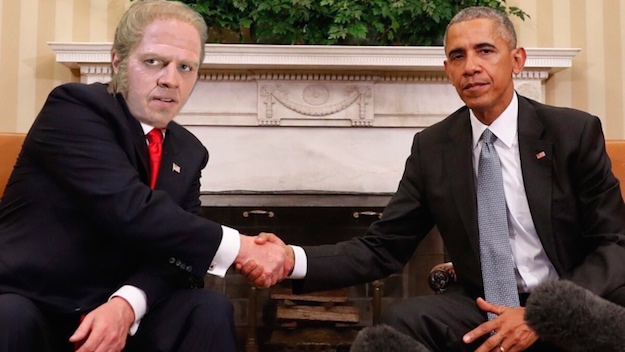 Does Photoshop have a Lens Flare effect? I can’t remember. 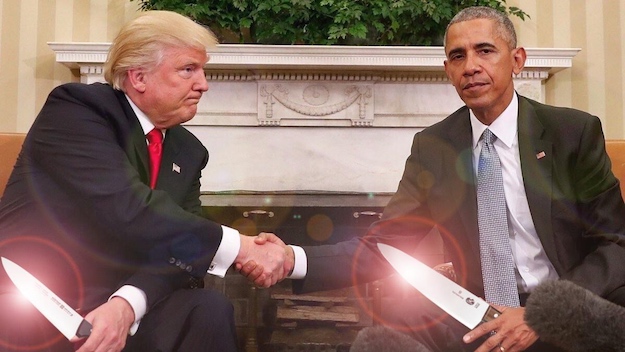 And lastly, some Game of Thrones love. Make sure to hit the source link below for even more Photoshop madness.