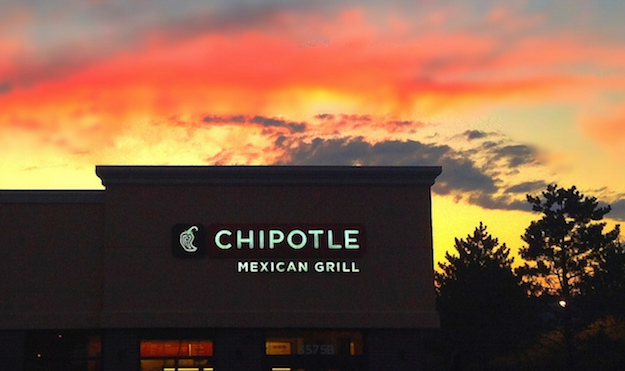 Chipotle has had a rough go of it lately as the fast-casual burrito and taco restaurant is still struggling to get a handle on a number of E.coli and norovirus outbreaks originating from some of its nationwide locations.

From October 2015 through November 2015, more than 50 patrons came down with E. Coli after eating at Chipotle locations in the Washington, Oregon, Kansas and Oklahoma. More recently, 80 college students in Boston became sick with the norovirus after contracting it from just a single Chipotle location.

All told, by the time 2015 drew to a close, more than 350 people became sick after eating at Chipotle.

Hardly a surprise, Chipotle has been in damage control for quite some time now as it struggles to convince consumers that it’s safe to come back. Indeed, some locations that would often see lines out the door are experiencing a discernible decrease in patronage.

Additionally, Chiptole’s executive team recently decided to allow its entire chain of U.S.-based locations to provide consumers with more free food than before.

Speaking to CNBC, Chipotle co-CEO Monty Moran said store managers will be given discretion to double the amount of free food they give away. That being the case, the free food offerings will likely vary from store to store, with some stores likely to roll out some ‘free burrito’ promotions while others may simply opt for ‘free guac and chips’ promotions.

Additionally, Chipotle will begin a new marketing campaign in February in an effort to lure back disillusioned customers.