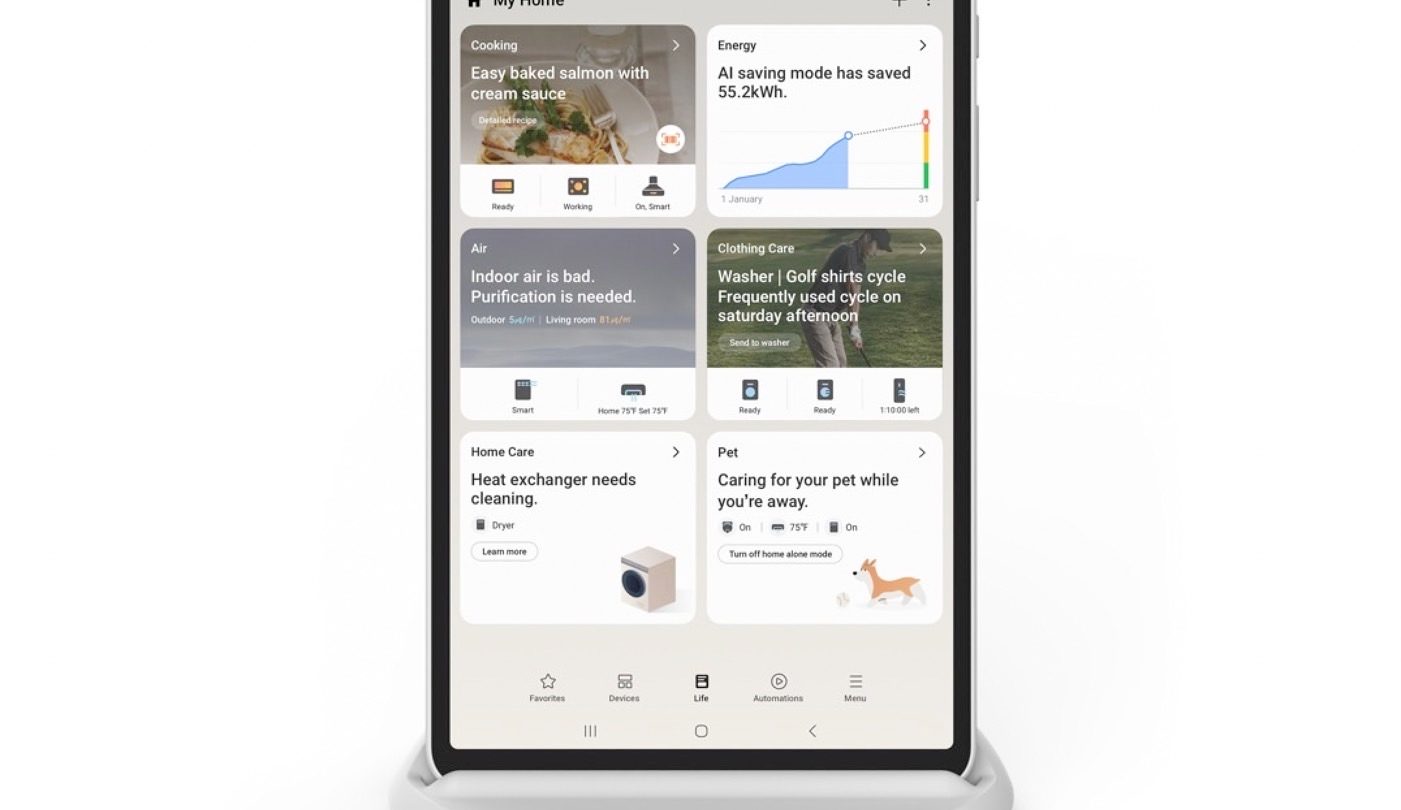 The Android tablet in the image above looks like the iPad mini 6 rival you might expect from Samsung. But this is not your average Galaxy-branded tablet trying to compete against Apple’s iPads. Rather, this is the Samsung Home Hub — a tablet unveiled at CES 2022 with a simple purpose: It offers quick access to every internet-connected device in your smart home. It is capable of managing every gadget that you need to interact with regularly.

You might not understand why you need it at first. But here’s why every smart home will need a Home Hub or a device like it sooner or later.

One remote control for the entire smart home

Managing a smart home is easier than ever, but it’s still a challenge. You likely own and operate several smart devices from a variety of manufacturers. Each one probably comes with its own app, and they work with iPhone, Android, and Amazon voice devices. It’s easy to set up everything to manage the gadgets with a few touches or by voice. And you can set up shortcuts and automations based on your specific preferences and habits.

That’s why Samsung Home Hub seems like overkill at first. Why use a standalone tablet that only does smart home stuff if you’ve got everything on your smartphone already?

But you can easily see why the Home Hub is such a good idea if you’re sharing your smart home with several other family members or friends. Everyone in the household needs to be able to interact with smart devices, regardless of how tech-savvy they might be.

Samsung’s Home Hub is exactly that. A device that handles only smart home features. But those features are always front and center. Grandparents and young children could easily interact with those smart devices — much more easily than on a smartphone with countless apps.

You could already use any old tablet to control your smart home. But that device is still a tablet, which can be used for games and other purposes. Whereas the Home Hub can do just one boring thing: act as a remote control for the smart home. That way, you’re sure it won’t be used for Netflix, video chatting, and who knows what else. Or that anyone will be tempted to take it with them outside of the house.

Announced at CES 2022 and part of Samsung’s big smart home push, the Samsung Home Hub is a great surprise. The tablet will launch in South Korea initially for an undisclosed price. From the looks of it, the Home Hub comes with a dock, and it’s supposed to be used in portrait mode.

The company also offered a few use case scenarios. The Home Hub will let you turn off the TV and lights and inspect the status of your connected appliances. You’ll also be able to monitor energy use with the tablet.

The device should also pack security features so that only those people allowed to control smart home devices can use it. But that’s just speculation, as Samsung hasn’t offered more details about it.

Whether the Home Hub reaches other markets doesn’t even matter at this point. It’s more important that other tech giants consider creating similar remote control accessories for the smart home.