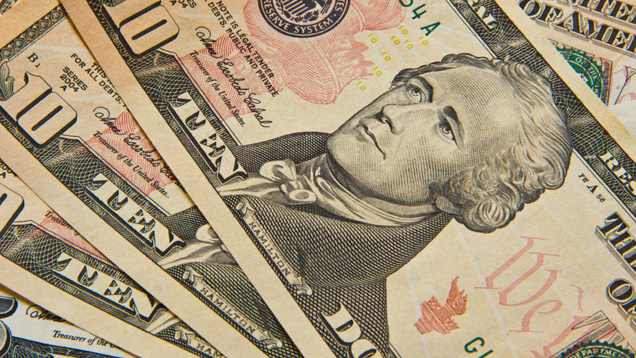 Here’s an idea for an experiment: Could you go an entire week without ever paying for something with actual paper currency? Without ever having cash in your hand at any point during the week? Because that, it seems, is where things are increasingly headed, according to the results of a new survey that measures peoples’ behavior regarding the use of paper currency versus plastic.

About 3 in 10 US adults, roughly 30 percent of the population, are going a whole week at a time without ever using cash to make a purchase, up from 24 percent in 2015. That’s according to a new Pew Research Center survey, which also shows that of those who say almost all their weekly purchases are made in cash, the number has dropped precipitously from 24 percent in 2015 to 18 percent today.

Perhaps unsurprisingly, among the other findings of the survey is that wealthier household are much more likely to be able to go at least a week without using cash to pay for something. Specifically, adults with an annual household income of at least $75,000 are more than twice as likely as those earning less than $30,00 to say they can go a week without making a single purchase with cash.

African-Americans, according to the survey, are also more likely than white Americans or Hispanics to say they rely on cash for their weekly purchases. And more than 30 percent of adults under the age of 50 say they go through a typical week without ever using cash.

Certainly, the prevalence of credit card mobile apps and the ease of use around services like Apple Pay reflect society’s increasing bent toward a mobile-first world that’s increasingly tilting away from physical goods and consumption. The Pew survey also found that people are more and more comfortable with that reality.

From the survey results: “Today, 53% of Americans say they try to make sure they always have cash on hand just in case they need it. That represents a 7-percentage-point decline from the 60% who reported this in 2015. Conversely, just under half (46%) of Americans ‘don’t really worry much about whether they have cash with them, since there are lots of other ways to pay for things.’ That is an increase from 2015, when 39% reported this.”