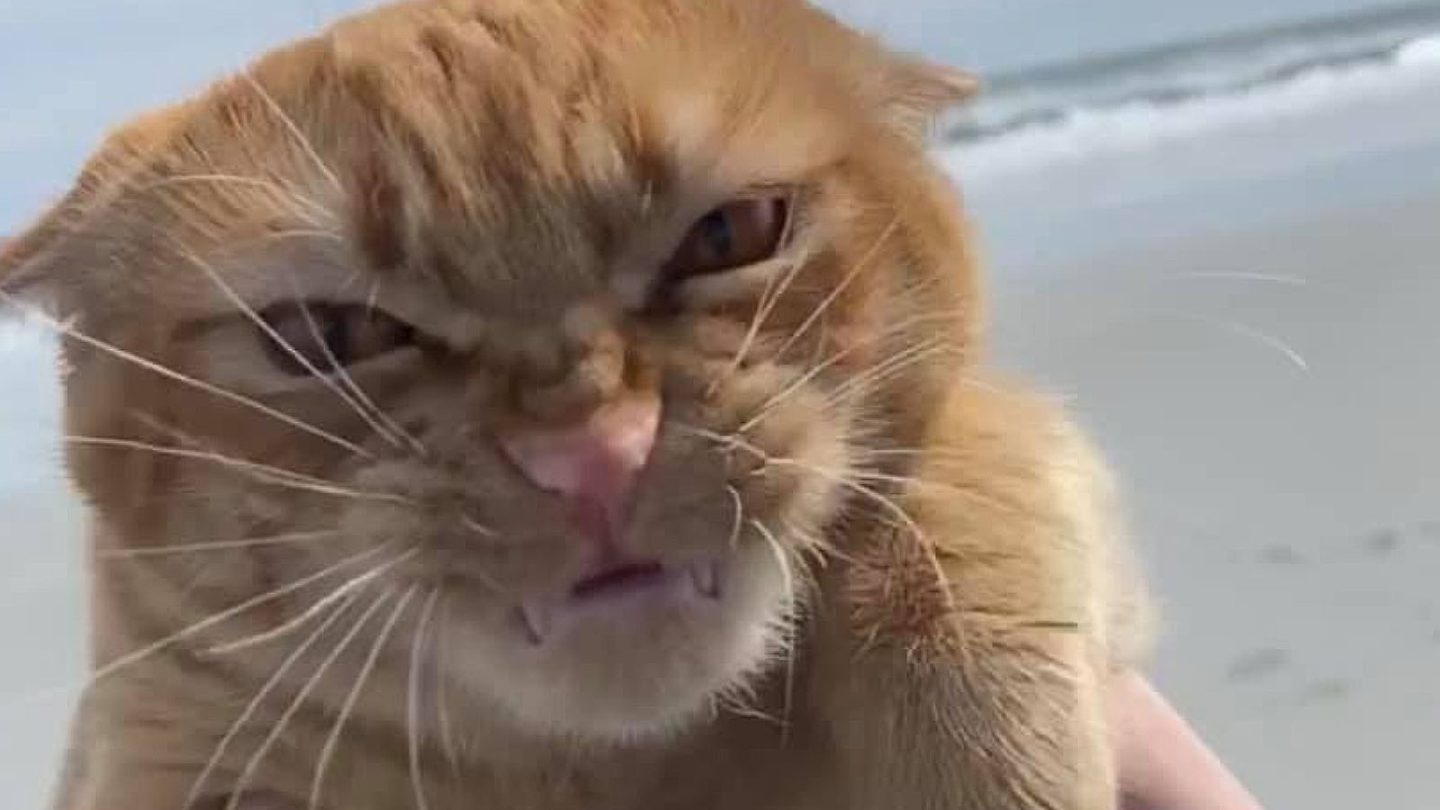 The beach tends to be a pretty pleasant place to be, as long as it’s warm, the water is calm-ish, and there’s not a global pandemic unfolding around the planet. But even if all of those factors are working against you, the beach can still be a nice place to chill out for a bit. That is, unless you’re Pumpkin, a rescue kitty that got his first taste of the sea breeze recently and, well, hated every second of it.

Pumpkin’s reaction to his beach visit has spread like wildfire, and for good reason. It seems that while the frisky feline enjoyed some part of the beach visit, he absolutely couldn’t stand the wind.

Speaking with The Dodo, Pumpkin’s caretakers revealed that the adorable little fella has a condition called cerebellar hypoplasia. This makes it a bit more difficult for Pumpkin to maintain his balance and it also affects his depth perception. He can be “clumsy,” according to his human family, but they wanted to give him the opportunity to experience the beach anyway.

He loves being outside, so the beach seemed like a great place to take him. He ran around and played in the sand and it looked like a natural fit. That is, until it started to get a bit windier. Once the wind started flowing across the beach, Pumpkin quite literally turned his nose up at the prospect of exploring. His facial expressions are absolutely priceless.

I mean just LOOK at that adorable little mug. He is really, really not enjoying the wind, and he doesn’t feel like hiding it. According to The Dodo, Pumpkin departed the beach but he’s been back several times since his initial adventure. His subsequent visits were more pleasant, as the wind wasn’t an issue and Pumpkin could enjoy the adventure without worrying about the unpleasant sensations.

As you can see, he certainly doesn’t mind the beach, as long as it’s not windy:

It’s okay, Pumpkin, we’ve all had a rough year. Not wanting to visit a windy beach is totally fine.