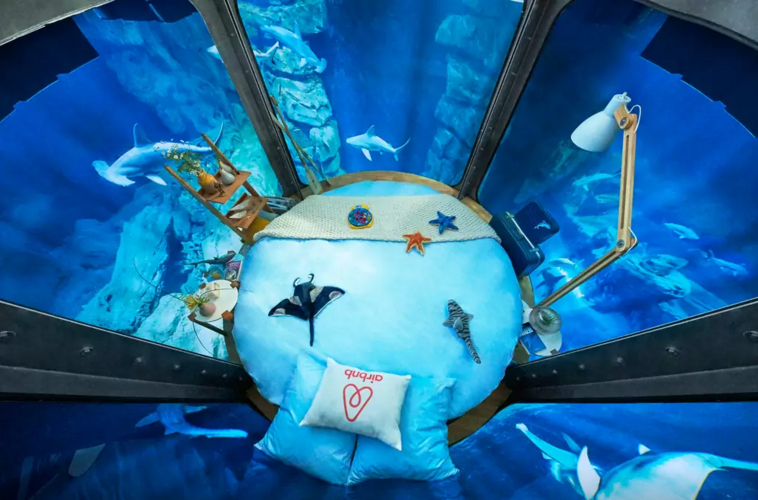 We’ve seen our fair share or unusual Airbnb listings, some a lot more welcoming than others, but sleeping underwater in a giant fish tank that houses no less than 35 sharks is an extraordinary feat that deserves some recognition. This marks the world’s first underwater Airbnb in Paris, where a giant 360-degree glass wall is the only thing to separate you and a friend from 3,000,000 liters of water. And, yes, 35 sharks.

The room placed 10 meters under water, is found in the Paris Aquarium, The Telegraph reports. That’s certainly a great Airbnb location, but don’t get too excited. You won’t be able to rent it. Instead, you have to win your right to sleep in the circular bed that has a spectacular view.

In all, there will be three winners and their guests that will be able to use the unusual accommodation on April 11th, 12th and 13th. To do so, you have to win an essay contest. What you need to do is explain why you want to win, and do so no later than April 4th.

House rules include no diving, no sleepwalking or night swimming. You also have to remember not to take selfies after dark, and keep your heads and feet in the bedroom at all times. The Airbnb listing says that sheep can’t swim so you should count sharks instead.