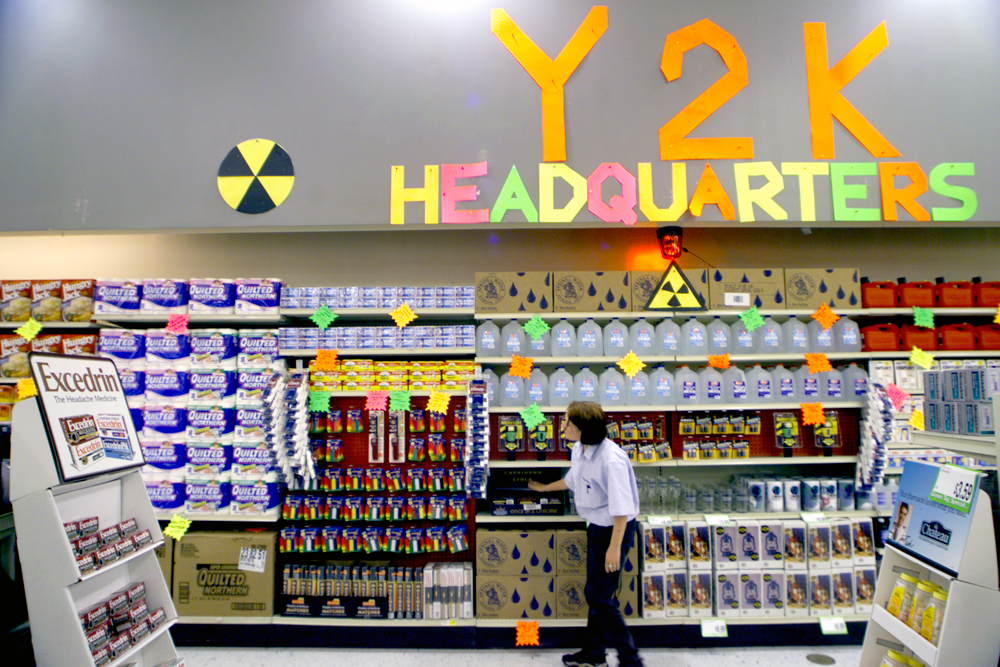 The late 1990s were defined by a number of ridiculous things, but somewhere near the top of the list was the panic that boiled over in 1999 as people prepared for the end of civilization as we knew it. Because of the “Y2K” bug, you see, anything and everything controlled by a computer would stop functioning when the clock struck midnight and December 31, 1999 rolled into January 1, 2000. That obviously didn’t happen, but the Y2K bug was a pretty sizable nightmare for programmers as they were made to pour through code and change two-digit year abbreviations to four digits.

Unfortunately, it looks like some programmers’ jobs still aren’t done.

The Associated Press reports that Y2K is back with a bang in Pennsylvania, where the families of 14,000 deceased men were just sent notices that their dearly departed must register for the draft or face fines and even imprisonment. The men were all born between 1893 and 1897, so the youngest among them would be 116 or 117 years old right now.

The glitch, it turns out, originated with the Pennsylvania Department of Transportation during a transfer of nearly 400,000 records to the Selective Service. A clerk working with the state’s database failed to select the century, producing records for males born between 1993 and 1997 — and for those born a century earlier, PennDOT spokeswoman Jan McKnight said Thursday.

“We made a mistake, a quite serious selection error,” McNight said.

The Selective Service didn’t initially catch it because the state used a two-digit code to indicate year of birth, spokesman Pat Schuback said. The federal agency identified 27,218 records of men born in the 1800s, began mailing notices to them on June 30, and began receiving calls from family members on July 3. By that time, it had sent 14,250 notices in error.