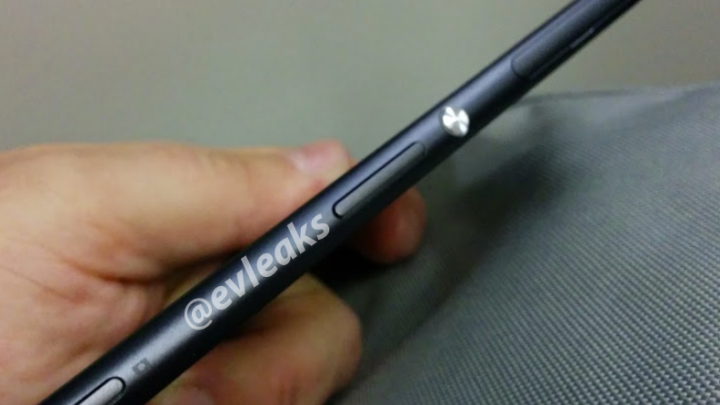 Sony still hasn’t found a way to effectively infiltrate the Western phone market, but that doesn’t mean the Japanese powerhouse is giving up any time soon. Our friendly neighborhood leaker @evleaks has published two new photos of what he claims to be the upcoming flagship Xperia Z3 smartphone, a phone that at first glance could easily be mistaken for an Xperia Z2. Upon further inspection, the Z3 does appear to be thinner and seems to lacks the silver trim which lined the edges of the Z2.

Other than that, as you can see in the header image, the button placement appears to be the same, although if the flap at the top of the device is the SD card slot, it has been significantly streamlined from one generation to the next. From the back, it’s nearly impossible to tell any difference between the Z2 and the Z3.

According to the latest rumors, the Xperia Z3 will feature a 5.15-inch 1080p display, 2.4GHz quad-core Snapdragon 801 processor, Adreno 330 GPU, 3GB of RAM, 16GB of internal storage, 20.7-megapixel rear camera, 2.1-megapixel front-facing camera and will run Android 4.4.4 KitKat. There’s still no release date, but Sony moves quickly when it comes to phone releases, so it shouldn’t be long before the phone is official.

Check out the second leaked photo below and see if you can tell the difference between the Z2 and the Z3.