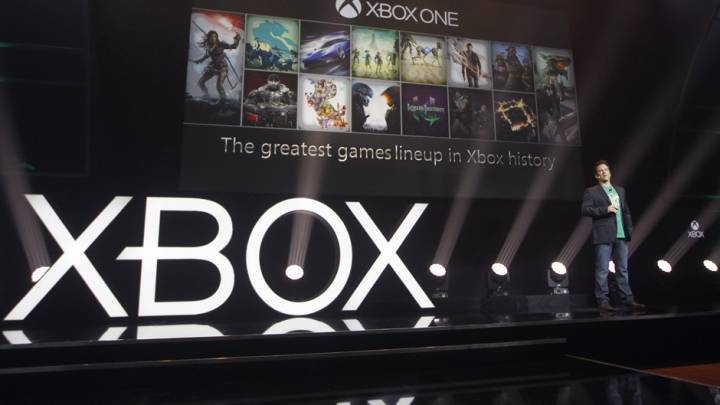 When Microsoft announced backward compatibility for the Xbox One at E3 2015, I began to see the first signs of the tide shifting in Microsoft’s favor. After flubbing the reveal of its new-gen console, Microsoft has been doing everything in its power to restore the faith of its fans, from bringing in Phil Spencer as Xbox head to launching an endless stream of affordable bundles.

Still, the sales haven’t quite caught up with the PlayStation 4, but when Sony decided to skip Gamescom 2015, Microsoft knew it had a golden opportunity to gain some ground.

After highlighting three 2016 Xbox One releases with brand new gameplay footage, Mike Ybarra, head of platform engineering at Xbox, took the stage to unveil a slew of new features and accessories coming soon to Xbox One. If E3 was the Xbox One bouncing off the ropes, Gamescom was the wind-up punch to the PS4’s face.

Here are the three reveals from Gamescom 2015 that should have Sony tugging at its collar:

I actually had to rewind the stream when Microsoft announced that Xbox 360 Games with Gold titles would be playable on Xbox One thanks to the addition of backward compatibility. After failing to effectively implement its Games with Gold program for two years, Microsoft turned a new leaf in July by bringing two new Xbox One games to subscribers rather than one.

That number is going to double once again, as Ybarra told the attendees in Cologne that all future Xbox 360 titles will be backward compatible on the Xbox One at launch. Unless Sony changes its tune on backward compatibility, you won’t be seeing this feature on PS4 any time soon.

My Xbox One is a gaming console first and foremost, but I’m not going to complain about incredibly cool features like this. In 2016, anyone with Over-the-Air TV set up on their Xbox One console will be able to record live television straight to an external hard drive. Best of all, you won’t have to stop playing games on your console to do so.

There are some great extras as well, including the ability to stream recorded content to your mobile device with Xbox SmartGlass or on your Windows 10 PC with the Xbox app. You’ll also be able to schedule recordings while away from your Xbox One using SmartGlass or the Xbox app.

Finally, there’s no subscription fee, so you’ll never have to pay a dime to record your favorite shows and movies.

We’d already seen bits and pieces of the new Xbox One user interface during previous events, but going all the way back to my initial reviews of both the PS4 and the Xbox One, I can’t stress enough how much these UIs need makeovers. We now know the Xbox One is definitely getting its redesign this fall — where you at, Sony?

You can see a short walkthrough of the new Xbox One experience below:

These aren’t life-altering announcements, but they’re further proof that Microsoft might be moving at a faster pace than Sony. The PlayStation 4 has plenty of quality titles coming over the next 12 months — the Xbox One has great-looking games and new entertainment features and backward compatibility.

Let’s see what Sony has to offer when it takes the stage at Paris Games Week in October.