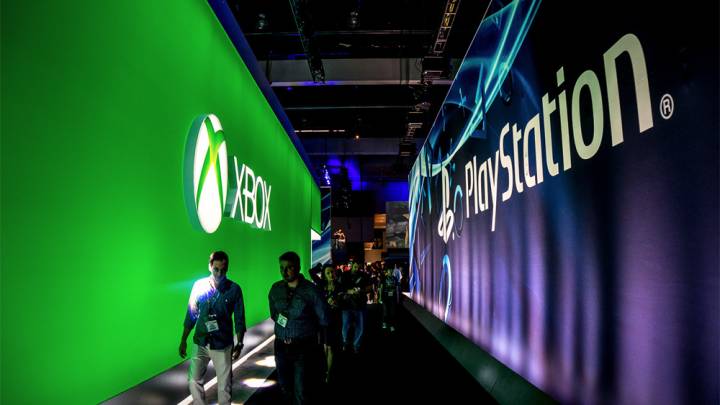 The “console war” is just as meaningless as the “smartphone war,” but that won’t stop passionate gamers from berating each other every chance they get. Competition is inevitable, and some aspects of this war are useful. Comparing sales of the Xbox One and PlayStation 4, for example, gives investors a good idea of how each company is progressing during the early days of this console generation.

But verbally attacking people because they don’t own the same little black box as you is ridiculous and sad.

There are some areas where the PlayStation 4 has a clear advantage over the Xbox One. The PS4 definitely has an edge where hardware specs are concerned, and it looks like Sony will strike first with a huge value-add when games for its upcoming new virtual reality headset begin rolling out.

Microsoft’s recent move to offer a Kinect-less Xbox One option for $399 so soon after the console first launched is a clear sign that many gamers have recognized these PS4 advantages.

But then, there are other areas where the Xbox One tops Sony’s new console, such as in cloud computing support as well as the quality and breadth of game selection in these early days.

Some of these things will change over time. There is one truth that will never change, however: the PlayStation 4 will always be better than the Xbox One at some things and worse at others. And vice versa.

I decided early on that I would purchase an Xbox One over the PS4. In fact, I ordered Microsoft’s new video game console the first day it became available for pre-order.

This was an interesting decision for me, because I am definitely not a “gamer.” I have had a Wii in my home for years, but mainly for guests to play with. The last video game console I actively used myself was probably the Nintendo 64, and before that it was the original PlayStation.

I loved both of those consoles when I was a kid and played them all the time, but as the 1990s rolled into the 2000s and I finished school, I found myself with precious little time to devote to video games.

As hype built for the new Xbox and PlayStation consoles, however, I decided that it was time to get back in the game. Sadly, pun intended.

I wasn’t sure which console I was going to purchase as rumors continued to swirl in late 2012 and early 2013. But once both machines were announced I found myself firmly in Microsoft’s camp for a few reasons.

The first reason is a long shot — on the off chance IllumiRoom becomes a reality at some point during this new console generation, I need to ensure that I am equipped to get my hands on it immediately.

For those who need a refresher, IllumiRoom could very well be the coolest thing to happen to video games in a long, long time. You really have to watch the video demo to see how incredible this reality-augmenting technology is.

The second, perhaps more realistic reason for my decision to go for the Xbox One over the PS4 was the simple fact that I am not a gamer. Yes, I of course wanted to make sure my new console allowed me to play awesome next-generation video games, but I also wanted to be sure that its capabilities stretched beyond gaming into home entertainment and beyond.

We’re now several months into this new console generation and I am still quite happy with my decision. The Xbox One is awesome.

For me, the Xbox One is a fantastic gaming machine. I have six or seven games and I have enjoyed them all so far. Hardcore gamers will have trouble picturing the current-generation gaming experience through the eyes of someone who basically skipped the last two console generations, but rest assured, it’s very impressive.

Beyond gaming, Microsoft’s Xbox One is in the early stages of taking over the complete living room experience.

As it stands now, I love the fact that I can turn on my set-top box and TV with a simple voice command. The Xbox’s current guide and TV voice command features are appreciated as well. I can change channels, adjust the volume or find out what’s on simply by talking to my Xbox, and Kinect’s accuracy is improving all the time.

I can also navigate the Xbox interface with hand gestures, which is great in some situations.

But my decision to buy the Xbox One was also very much about the future. Not just because there’s a slight chance I’ll be able to hands on IllumiRoom some day, though that would indeed be fantastic. It’s more because I can see the direction Microsoft is headed with the Xbox One and I like it — a lot.

Yes, the new Kinect sensor has had some serious growing pains…

My favorite Xbox One game so far is the one where I yell “Xbox on” repeatedly for 23 minutes before it turns on.

But things are already improving and Microsoft’s Xbox One updates are coming hot and heavy. In fact, we’ve seen several major updates released in the last few months alone.

With the February update, Microsoft added a variety of new functionality and, more importantly for me, I found that it dramatically improved voice command accuracy. Subsequent updates have brought even more new functions and features.

Microsoft’s Xbox 360 updates came rapidly early on, and history is repeating itself with the Xbox One.

I only had to spend a few days with the Xbox One to see where Microsoft is headed, and if the company manages to realize its vision of a deeply integrated experience across four screens — TV, computer, tablet and smartphone — the added value will be huge.

Things are already taking shape in this regard (Microsoft’s Xbox Smartglass app, for example, is very cool) but I think we can expect much more impressive integration in the future. Perhaps we’ll learn about some exciting new features next week at E3, where BGR will be reporting live.

…and there’s always hope that IllumiRoom might see the light of day.