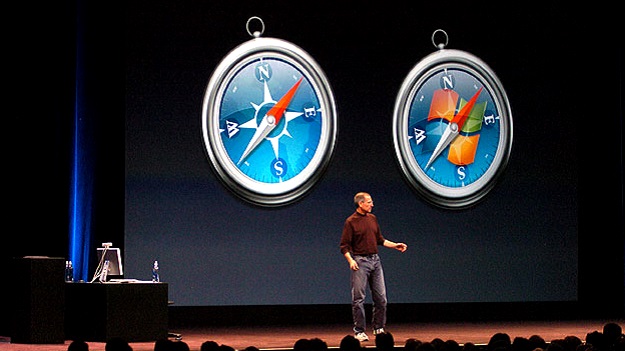 Apple’s Worldwide Developers Conference, otherwise known as WWDC, has become something of a can’t-miss event in the tech world over the past few years. But if we go back in time to the pre-iPhone era, WWDC was a bit more subdued, a bit more developer oriented, and dare I say, a bit more boring.

Indeed, if you weren’t an avid Apple enthusiast, odds are that WWDC wasn’t even on your radar back in the early 2000s. Back then, WWDC wasn’t anything close to the public spectacle it has since become. So while it’s a safe bet that Apple’s WWDC announcements next week will own the tech news cycle for a few days, such a scenario would have been wholly unheard of back in, say, 2003.

As a fun reminder of just how far WWDC has come, CNET recently published a post highlighting the last 12 years of product launches at WWDC. Naturally, some are more memorable than others, but still, it’s fun to look back and see what excited the Apple masses before the company started banking billions of dollars in iPhone profits.

A few WWDC highlights of years past include:

2005: Apple announces that it was transitioning the Mac to Intel processors

2008: Apple announces the iPhone 3G. Though Apple now has dedicated iPhone unveilings, it wasn’t all that long ago that Apple would announce new iPhone hardware at WWDC.

Make sure to hit the source link below for the full rundown of historic WWDC product announcements.