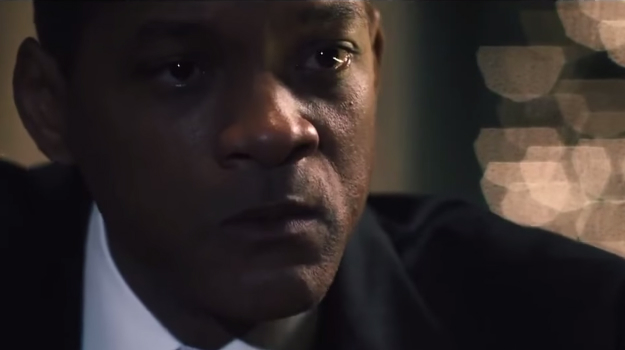 You probably can’t wait to see Will Smith as Deadshot in the upcoming the Suicide Squad action movie, but the actor has one more exciting movie coming out before that. Called Concussion, the movie is based on real events that had a tremendous impact on the NFL and football players’ health.

Concussion will launch in theaters on December 25th, but the first trailer for it is available now.

Will Smith plays doctor Bennet Omalu, The Hollywood Reporter says, who happens to be the first person to discover a neurodegenerative disease caused by repeated trauma to the brain.

Chronic traumatic encephalopathy (or CTE) has some nasty consequences, including memory loss and depression. The trailer shows Omalu fighting the ruthless NFL, which is obviously threatened by the discovery – The Verge has more details on how that medical discovery eventually affected the football landscape.