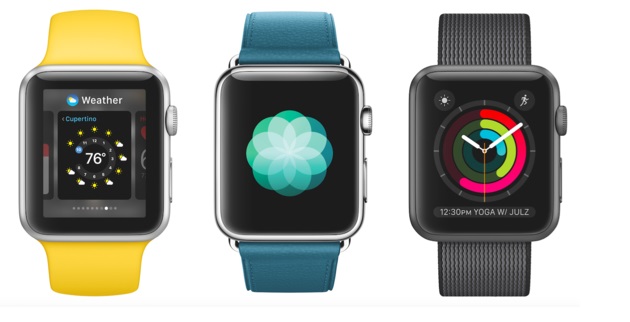 The Apple Watch has something of a strange existence. Ahead of its release, the hype and anticipation surrounding Apple’s long-rumored wearable was arguably unprecedented. But in the weeks and months following its release, it became immediately clear that the Apple Watch wasn’t going to immediately become the breakout success many initially thought and hoped it would be.

That being the case, Apple still hasn’t divulged any specific sales figures for the Apple Watch, a curious move for a company that loves touting favorable stats and figures every chance it gets. While the Apple Watch is far too young to be categorized as a flop, there’s no denying that the device was hampered by some frustrating performance issues and a user interface that was uncharacteristically challenging to master.

With watchOS 3, Apple has addressed all of the major complaints about the current incarnation of the Apple Watch, thus setting the stage for the next iteration of the device — likely to be unveiled this coming September — to become a huge seller. Indeed, it’s fair to say that watchOS 3 offers users the exact type of performance user interface that should have been present in watchOS 1.

First off, we have performance improvements. Specifically, Apple today said that apps will now run in the background which will enable them to load upwards of seven times faster. This is a godsend given that UI lag has long been a persistent complaint amongst users.

Equally as important is an improved user interface that removes much of the confusion that seemed to plague earlier versions of watchOS.

It is easier and faster than ever to perform common tasks with watchOS 3, including replying to a message, starting a Workout or skipping a song. By pressing the side button, users can access the new Dock with their recent and favorite apps. Right from the Dock or the watch face, users can launch their favorite native and third-party apps instantly and have the latest information in the app already updated and ready for viewing.

Additionally, Apple is bringing Control Center to the Apple Watch, allowing users to swipe up from the bottom as a means to access various system-wide settings.

Not only that, but the new version of watchOS includes SOS, a feature that allows users in dangerous or life critical situations to easily dial 911 or the foreign equivalent via a connected iPhone or the Apple Watch itself.

The broad takeaway, though, is that the Apple Watch finally seems poised to transition from a niche product primarily worn by early adopters to a mainstream device.

And who knows, perhaps it’s only a matter of time before we finally get the low down on those pesky Apple Watch sales figures.

Together with an easier way to cycle through watch faces, sharing features for fitness activities