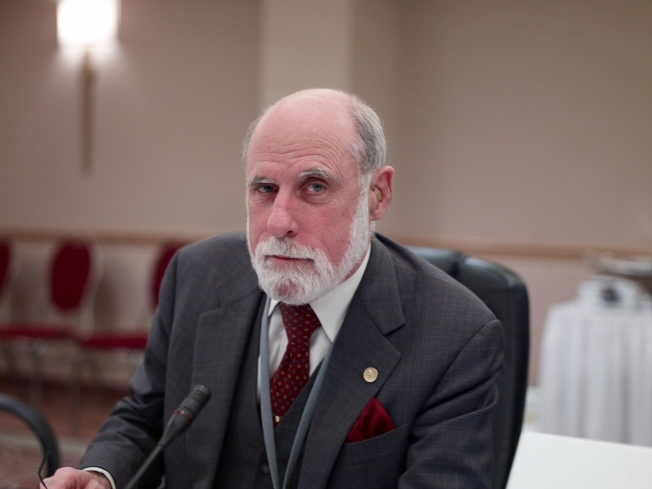 One of the Internet’s founding fathers envisions a bright future that one day may involve communicating with animals and even aliens using the Web. During a speech given at the annual TED conference, Internet pioneer Vint Cerf described how technology can be used to communicate with other species, explaining that the Internet isn’t just a way of connecting machines but a way for people to interact.

Cerf noted that developments like the “Internet of Things,” which refers to objects and their virtual representations in an Internet-like structure, will bring more connections to the Internet.

“All kinds of possible sentient beings may be interconnected through this system,” he said. “I can’t wait to see these experiments unfold,” adding that projects like the “interplanetary Internet” system used by the Mars Curiosity rover to transmit imagery to Earth will further help humans interact with other species.

“What that means is that what we’re learning with these interactions with other species will teach us, ultimately, how we might interact with an alien from another world,” he said. “I can hardly wait.”