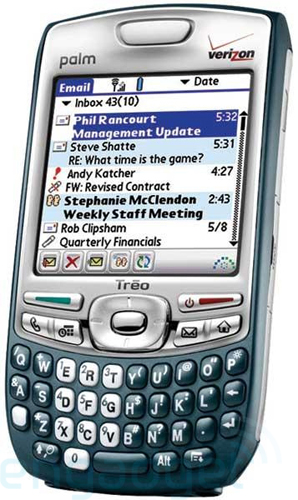 As if anyone actually cares…Nevertheless, we’re here to bring everything we know to you, and what we do know, is that the Treo 755p will be making the rounds to Verizon Wireless on December, 17th. That’s going to be an online and telesales only affair, with the full release for brick-and-mortar stores happening on January, 7th. Doesn’t it feel like yesterday when we were eagerly awaiting the Treo 700w on Verizon? You ready for the price? I said, are you ready for the price? A whopping $449.99 with a 2-year agreement! Wowbawuah! The 1-year price is $519.99, and retail pricing is $569.99. For that kind of pricing you’re better off buying some plane tickets to the VZW headquarters and slapping them upside they heads. At least you’ll actually be satisfied. Click on for the SKUs and pricing for all the accessories, if you dare!