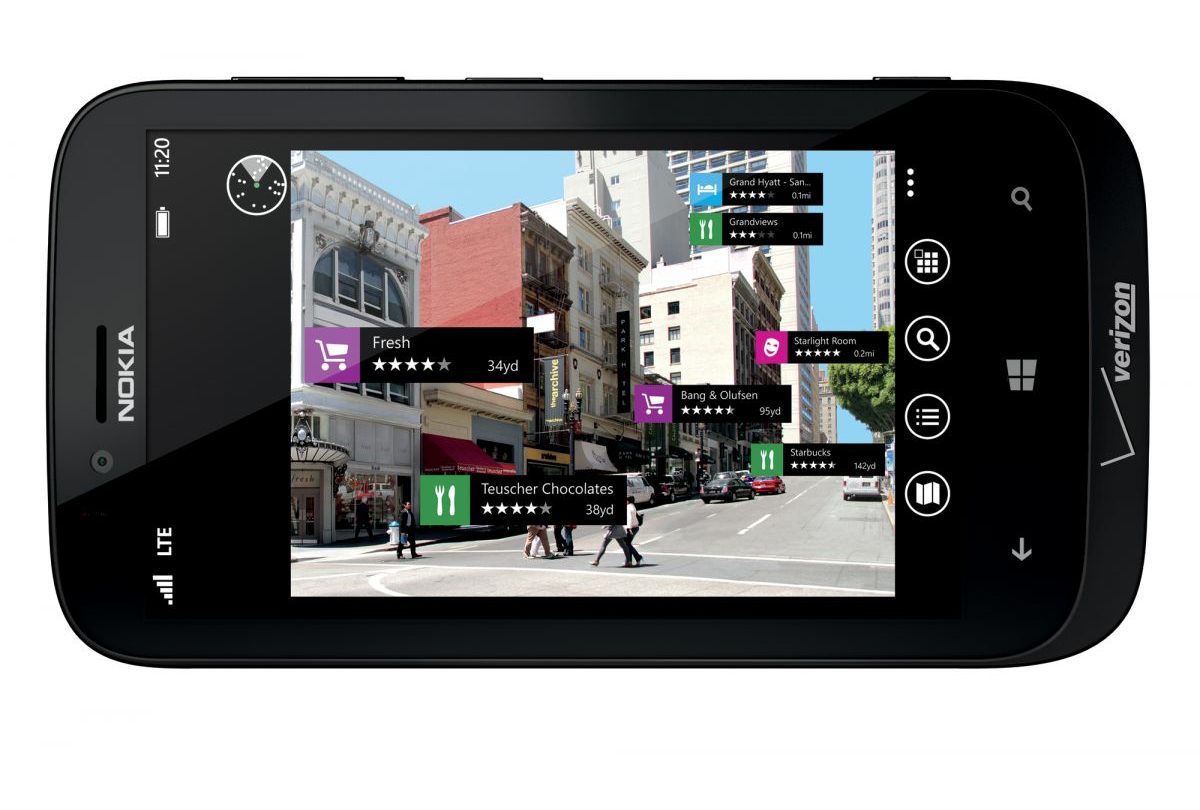 Verizon Wireless (VZ) on Monday announced that it will sell Nokia’s (NOK) Lumia 822 smartphone for $99 with a new two-year agreement. Nokia has only confirmed that the handset will be equipped with an 8-megapixel camera with a Carl Zeiss lens, a 1.2-megapixel front-facing camera and support for wireless charging through interchangeable covers. Earlier leaks suggested the Lumia 822 will also feature a dual-core Snapdragon S4 processor, 8GB of internal storage, a microSD slot, 1GB of RAM and a 4.3-inch display with a resolution of 800 x 400. While no release date was announced, the smartphone has been rumored to be launching on November 12th. Nokia’s press release follows below.

“Bringing the Nokia Lumia 822 to Verizon Wireless allows us to expand our award winning Lumia brand to even more customers here in the United States,” said Olivier Puech, President of Nokia Americas. “With the Nokia Lumia 822, first-time smartphone buyers – and those ready to switch – will get high-quality performance on both their device and Verizon Wireless’ incredibly fast 4G LTE network.”
The Nokia Lumia 822 delivers high-end features in a compact package, including an 8MP camera with industry leading optics from Carl Zeiss, alongside a 1.2MP HD front-facing camera for crystal clear video calls. The Nokia Lumia 822 also features an exchangeable shell design, sold separately, which supports wireless charging.

The Nokia Lumia 822 also comes with Nokia Drive+, an industry leading, turn-by-turn voice navigation solution featuring offline access and pre-loaded US maps – replacing the need for a standalone personal navigation device. In addition, the Nokia Lumia 822 comes with Nokia City Lens, the latest addition to the Nokia location suite and the start of a new augmented reality experience that also enhances Nokia Maps. Along with enhancements to Nokia Transit, the Nokia location suite of services represents the most comprehensive, integrated mapping experience of any smartphone.

To take advantage of its camera capabilities, the Nokia Lumia 822 supports a suite of features to make the most out of photos and videos, available on the Windows Phone Store for download. Smart Shoot lets users remove moving objects and select the best faces for the perfect shot every time, and Cinemagraph allows users to easily turn photos into animated GIFs. Panorama makes it easy to capture an entire scene or landscape, while Creative Studio allows users to easily enhance their pictures with unique, creative effects before instantly sharing with friends and family.

The Nokia Lumia 822 also comes with Nokia Music – a completely ad-free music streaming application, requiring no registration, no log-in or subscription. Nokia Music allows consumers to enjoy the songs of their favorite artists without disruption, both online and offline so consumers can listen to their favorite playlists anytime, anywhere.