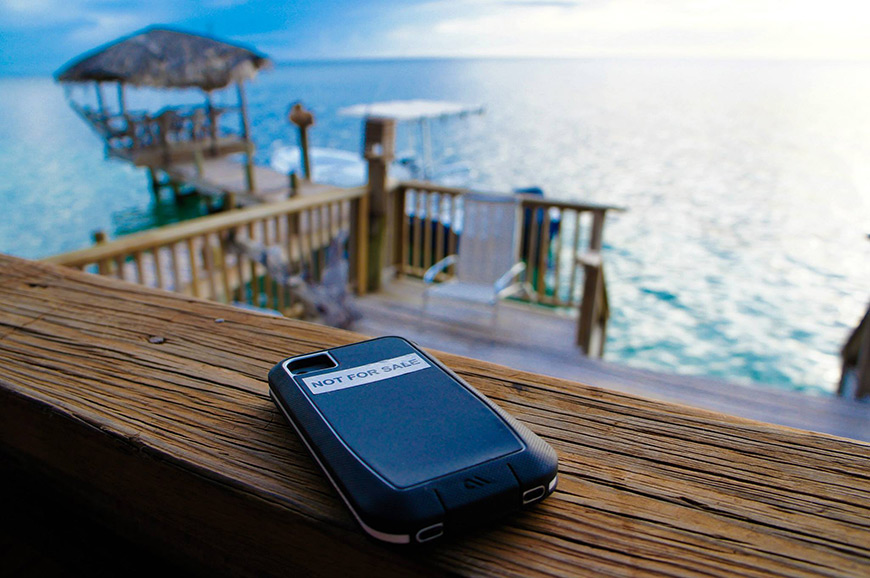 Do me a solid, will you? Imagine the sweet, succulent release in finally letting go of something that’s been dragging you down, and then take a moment to ponder the agony of having no choice but to admit defeat and move on from something good sans finality. I get the feeling that a lot of Twitter users are now finding themselves in one of those two camps. For me, 2013 has become the year that the white flag was waived over Twitter.

A service that once acted as a curation engine for all of the noise that eventually hits the web has now found itself in dire need of curation, and as the stream crests, I’ve found myself disillusioned with the prospect altogether. Twitter has long since attempted to mimic Facebook’s crème de la crème News Feed approach with its Discover tab, but most would agree that said attempt has failed.

When your only hope of ever keeping up with Twitter is to simply unfollow people, brands, and services that you truly do care about… one has to question the usefulness of the infrastructure itself.

When Twitter was hatched, I outright refused to create an account for one reason: I suspected that it would impact my productivity. At the time, I was in a sprint to claim a Guinness World Record, and one of my mantras was to cull any and all distractions from my day-to-day life in order to achieve maximum velocity.

Interestingly enough, the problem that has crept up on Twitter is one that happens routinely. One could easily argue that blogs such as BGR and Engadget were born because there was an obvious curation need; technology companies were blasting out hundreds and hundreds of humdrum press releases each day, making it nigh impossible for the average technophile to actually ingest anything of import in a halfway reasonable amount of time. In the near-decade since, we’ve seen services such as Techmeme emerge in order to curate the curators — we now live in a world where there are far, far too many blogs (even in just the technology sphere) for average Earthlings to follow.

The truth is, it feels like everything is always happening, all at once, continually and perpetually. This has been the case since the dawn of time, but thanks to the ubiquity of the Internet and the frictionless nature of information distribution, it now feels more true than ever before. We live in a world where we have to forcibly dodge the onslaught of information — we no longer have to seek news, we have to seek refuge from it.

The war for attention has reached what I’d argue is an untenable level, with everyone — friends, relatives, brands, organizations, nonprofits, restaurants, artists, musicians, car dealers, this post, etc. — permeating our daily lives in a bid to catch our eye for even a moment. The problem with being easy to reach is that there’s no consequence for someone trying and failing. At worst, they annoy you, but at best, they convince you to wiggle down their rabbit hole for a bit.

Waiting for the reset

Remember that Dave Chappelle skit from a few years back — the one where he portrayed what life would be like if we lived inside of the internet? It was hilarious in its day, but eerily prophetic looking back. Just finding the time to focus is an everyday challenge, which brings me back to Twitter: the service has no focus at all. There’s some amount of beauty and freedom in embracing the chaos. The general lack of borders has enabled Twitter to spark uprisings in foreign lands while later assisting individuals in locating loved ones during calamity. But in my estimation, the service has become too big for its own good in its current state.

Can you imagine what your Facebook News Feed would look like if it were set to show every single status update from every one of your 1,548 friends? It’s actually not too tough — just envision Twitter. There’s an old saying that describes the diminishing level of awesomeness affixed to a given service or event when it becomes too popular. TSA Pre-check was a total score when it was a relatively unknown VIP security thoroughfare, but now that the masses are discovering it, the benefits are being dulled by overuse.

I’m not suggesting that Twitter should aim to slow its growth; we’ve already seen the likes of App.net launch with ambitions of being a better Twitter, yet practically no one uses that today. In a way, it’s experiencing the opposite problem that Twitter faces.

The challenge, as I see it, is determining how to automatically sift through an infinite, unending and increasingly hurried stream, while pulling out only the items that you genuinely need to see at the day’s end.

Twitter has grown to a point where I now invest 20 minutes of scrolling time in order to discover just one tweet of import — something that will benefit me in a professional or personal way, or seen another way, something that I’d suffer from not having seen. The suggestion to simply unfollow the accounts that never deliver such gems is flawed, as every account that I follow has turned up one of those diamonds in the proverbial rough at some point.

The trouble is that Twitter is becoming increasingly bloated with items that are entirely skippable. The signal:noise ratio is so out of whack that even I — a guy who lives, breathes, and adores technology — have given up on Twitter in some instances.

It shouldn’t come to this.

Twitter has enabled me to educate myself in a multitude of ways, on a multitude of topics, finding articles and opinions that have enriched my livelihood. But the price I’m now paying on a daily basis to discover worthwhile tweets is too great. The cost now outweighs the benefit. Twitter has morphed from a tool into a burden, and if too many people begin to agree, the service will eventually struggle to maintain its user base.