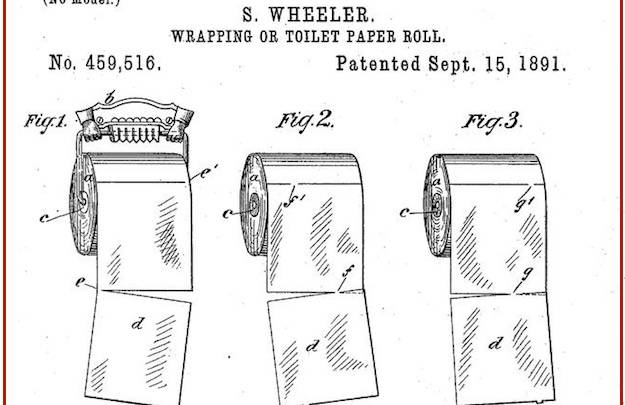 Mac or PC? Coke or Pepsi? Tupac or Biggie? Some debates are simply meant to rage on for years on end, with impassioned adherents never missing an opportunity to try and convince you that you’re on the wrong side of the equation.

Well, now we can finally take one such debate off of the table — how should a roll of toilet paper be oriented, over or under?

Though various forms of toilet paper can be traced back a few centuries, modern day toilet paper is laregely considered to be the brainchild of Seth Wheeler who, in the late 1800s, invented perforated toilet paper.

In 1892, Wheeler was issued a patent for this invention, and what better source of expertise to settle the ‘over or under’ debate than the man considered to be the father of toilet paper.

Taking a look at Wheeler’s patent, it’s clear that over is the way to go.

While Wheeler’s patent is anything but recent, it was largely forgotten until Owen Williams recently tweeted about it.

The patent for toilet paper should settle the over vs under debate pic.twitter.com/arZl6l6ALn