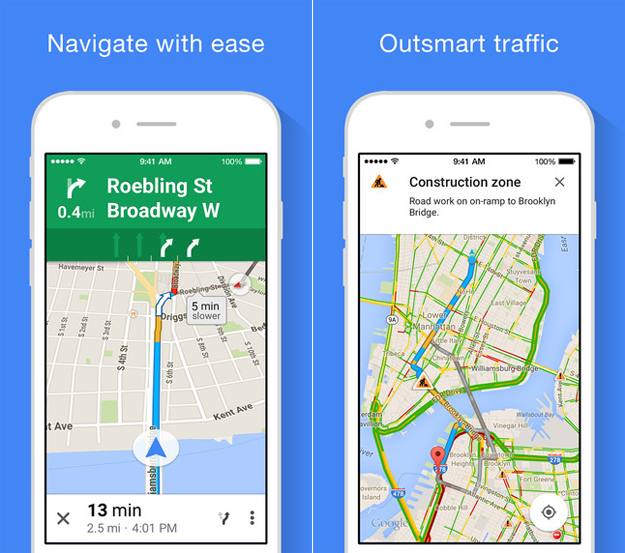 Google has been hard at work over the past few months improving the iOS version of its insanely popular Google Maps app, which is a universal build optimized for both the iPhone and iPad. We had a nice big update to enjoy back in January, and then Google came right back in early February with another update.

Now, the world’s best mobile mapping solution has been updated once again, and there are several nifty new features to enjoy as a result.

The notion that Google makes some of the best mobile software on Earth is fairly widely accepted, but there are still some people who try their best to stay away from Google’s apps and services for various reasons. In many cases, however, even Google haters still use Google Maps because it’s so much better than anything else on the market.

And now, Google Maps for iOS is better than ever.

Google released a new update late on Wednesday that pushes its iPhone and iPad app to version 4.4.0. The update contains a handful of bug fixes, but it also includes four key new features that Google describes as follows:

The last one is of particular interest, because many people found getting directions a bit confusing in earlier versions of the app.

Now, you can simply tap the mic and say something like “directions to 123 Main Street,” and Google Maps will take care of the rest. And if voice controls aren’t your thing, you can type a phrase like the one above, and get the same result.

Google Maps for iOS is completely free to use, and you can get it at the following link: