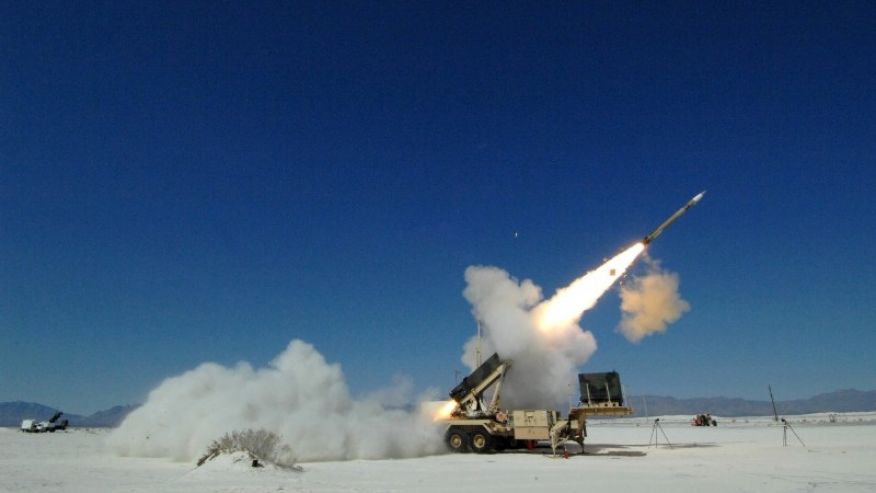 In a battle of missile versus missile, the PAC-3 continues to blast threats out of the sky.

As part of U.S. Army upgrade testing on the Patriot Air Defense System – essentially a military and civilian missile shield – Lockheed Martin’s missile successfully detected, tracked and intercepted a Patriot missile on Nov. 19. The missile was modified to be consistent with the sorts of tactical ballistic missiles forces face. On Nov. 12, a PAC-3 also intercepted an airborne target as part of the Army’s Integrated Air & Missile Defense Battle Command System (IBCS) fight test at White Sands, according to Lockheed Martin.

How does it destroy threats?

Missiles like PAC-3 play a key role as a defense layer against incoming threats like cruise and tactical ballistic missiles, drones and aircraft. The missiles have been used by the military in the likes of Operation Iraqi Freedom.

Related: The Patriot weapon system is about to get more powerful

The PAC-3 Missile is a high-velocity interceptor that uses a “hit to kill” approach to obliterate threats. Hit to kill technology intercepts missile threats in a way often described as a bullet hitting a bullet. Rather than using an explosive to destroy the threat, hit to kill harnesses the immense power of the high velocity collision to wipe it out.

Before it launches, a ground-based computer identifies an intercept point. The point is then embedded in the engagement control station and the missile blasts off, heading towards the programmed intercept point.

To navigate to its target, the missile uses a combination of solid propellant rocket motors, altitude control motors, aerodynamic controls and inertial guidance.

During the missile’s journey, the operator can use a radio frequency uplink/downlink to update the target trajectory data.

Just before it arrives at the intercept point, the PAC-3 Missile’s on board Ka band

seeker acquires the target. It then selects the optimal aim point and initiates the terminal guidance phase.

In the forebody of the missile, there are small solid propellant rocket motors. In that very last stretch before impact, these small motors fire explosively to further tailor the missile’s course to ensure a collision yielding maximum threat destruction.

The PAC-3 MSE (Missile Segment Enhancement) is the next generation of PAC-3. The design is enhanced and ramps up Patriot’s rapid reaction big firepower.

Lockheed describes the missile as “the world’s most advanced, and capable theater air defense missile.”

If Tactical Ballistic Missiles armed with weapons of mass destruction are launched, then the PAC-3 MSE – now armed with greater lethality – can blast off to defeat them.

Upgrades include larger fins as well as a larger, dual pulse solid rocket motor. The better motor means that the range of the missile is extended – a key advantage.