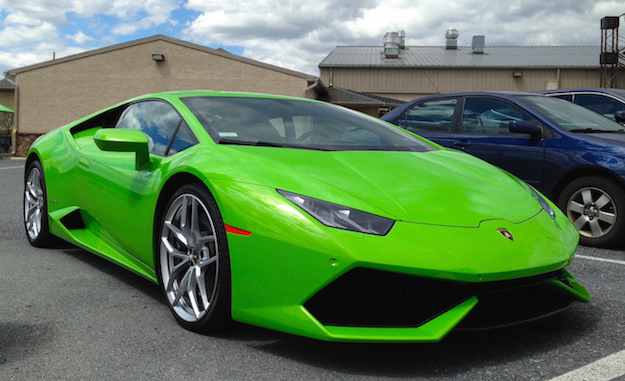 If you’re looking for a car that can really scream and you’re not in a place to spend several hundreds of thousands of dollars in one fell swoop, a tricked out Tesla might be the way to go. With a Tesla Model S P90D capable of going from 0-60 in 2.8 seconds flat, you won’t find a car that provides more bang for your buck in that department anywhere else. Even the older Model S P85D is no slouch in the acceleration department as it can skyrocket form 0 to 60 in a still blazing fast 3.2 seconds.

But incredible acceleration, no matter how impressive, is still not a replacement for raw speed. So when DragTimes recently decided to pit a Tesla Model S P85D up against the beastly Lamborghini Huracan LP610-4, the Model S gets absolutely smoked.

The Huracan may not be as quick off the line as the Model S P90D in Ludicrous Mode, but its 0-62 MPH time of 3.2 seconds is nothing to scoff at. Beyond that, the Huracan can go from 0-124 MPH in just 9.9 seconds before reaching a top speed of more than 202 MPH.

As you can see below, the Tesla gets off to a quick lead but it doesn’t take the Huracan more than a second or so to overpass it and leave the Tesla in its tracks.

Truth be told, this isn’t the fairest matchup given that the Lamborghini Huracan LP610-4 sells for $237,250, more than $100,000 more than what the tricked out Tesla Model S in the video runs for.