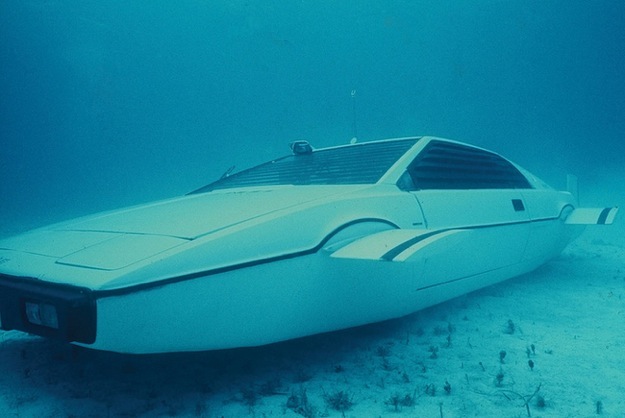 A recently discovered easter egg in the Tesla Model S might very well be the coolest easter egg ever discovered. Though easter eggs (code for a hidden message or inside joke embedded in software) are typically found in PC-based programs, that didn’t stop Tesla from joining in on the fun in an incredibly awesome way.

If you go to the suspension control panel setting on the Model S dash, you’ll find that a photo of the Model S has been replaced by a Lotus Esprit submarine, the very same one that appeared in the James Bond film The Spy Who Loved Me.

BusinessInsider has the full scoop:

By first clicking on the control menu, Model S owners can hold down the “T” button to bring up the technician login screen. Next, just type in James Bond’s infamous “007” code name…

Next thing you know, you’re greeted with this display.

Not surprisingly, Tesla CEO Elon Musk has a special affinity for the Lotus Esprit, so much so that he purchased the actual Lotus Espirit prop car used in the movie for a whopping $866,000.

At the time, Slashgear reported:

It was amazing as a little kid in South Africa to watch James Bond in ‘The Spy Who Loved Me’ drive his Lotus Esprit off a pier, press a button and have it transform into a submarine underwater” Musk said via a Tesla spokesperson. “I was disappointed to learn that it can’t actually transform. What I’m going to do is upgrade it with a Tesla electric powertrain and try to make it transform for real.”

And now the Lotus Espirit has a permanent home within the Model S. With a simple easter egg, Elon Musk managed to make an already amazing and futuristic car that much cooler.