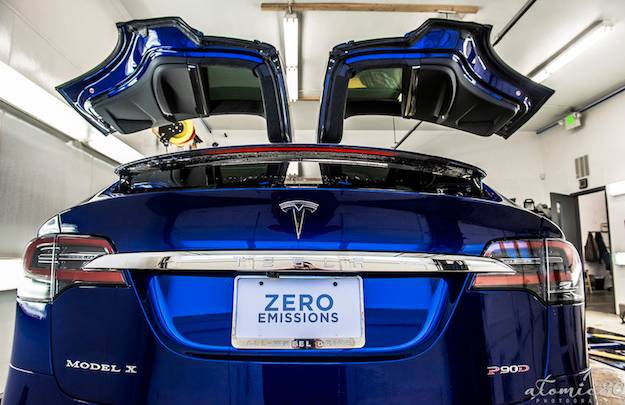 With eviscerating Tesla’s Autopilot software becoming something of a fad lately, Elon Musk took to Twitter today and shed some light on a recent Model X crash in Pennsylvania. If you recall, a Model X driving along the Pennsylvania Turnpike rammed into a guard rail last week, an incident which then resulted in the car crossing over a few lanes before crashing into a concrete median and rolling onto its roof.  Notably, early reports indicated that the Model X had its Autopilot feature turned on at the time of the crash.

As it turns out, Autopilot had nothing to do with the crash. According to Musk, the Model X’s logs reveal that the car’s Autopilot software was, in fact, not activated when the accident occurred.

Onboard vehicle logs show Autopilot was turned off in Pennsylvania crash. Moreover, crash would not have occurred if it was on.

Interestingly, Musk adds that the crash wouldn’t have occurred if Autopilot was turned on.

Musk’s tweet comes at an interesting time for Tesla. Following the May 7 death of a Model S driver who, with Autopilot engaged, crashed into a tractor-trailer, much has been made about the technology, with Consumer Reports just this week arguing that Tesla should disable it completely until it improves.

Tesla, meanwhile, has no intention of doing any such thing. On the contrary, Tesla said that it will be more upfront about the technology’s limitations and will publish a blogpost to that effect shortly. Incidentally, Tesla also makes a point of noting that the incidence of fatalities with Autopilot software engaged is much lower than in cars that don’t have it.