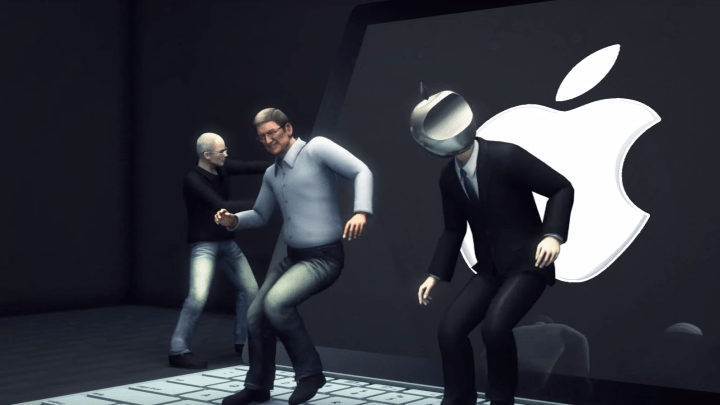 It seems the team at Taiwanese Animators were not impressed by this week’s big Apple event. In fact, they were so unimpressed that they made a video about it that depicted an angry Steve Jobs rising from the dead to attack Tim Cook for both adding a stylus to the iPad Pro and because Apple’s newest tablet seemingly took so many cues from the Microsoft Surface. Jobs, in case you didn’t know, loathed both Microsoft products and styluses and wasn’t shy about saying so.

RELATED: I realized yesterday that I love and hate Apple in almost equal measures

The video, which is not safe for work, depicts Jobs bashing Cook with a giant stylus that he eventually breaks in half out of frustration. Jobs is then horrified that the new iPad Pro features a similar click-in keyboard like the Surface, which he proceeded to stomp on until it broke.

(And for the animated Cook’s sake, we should be glad that the animated Jobs wasn’t there to see the moment when Microsoft came out on stage as an invited guest. Then things really would have gotten ugly…)

Does any of this make any sense at all? Probably not, which is why you’re just going to have to watch the whole video below.