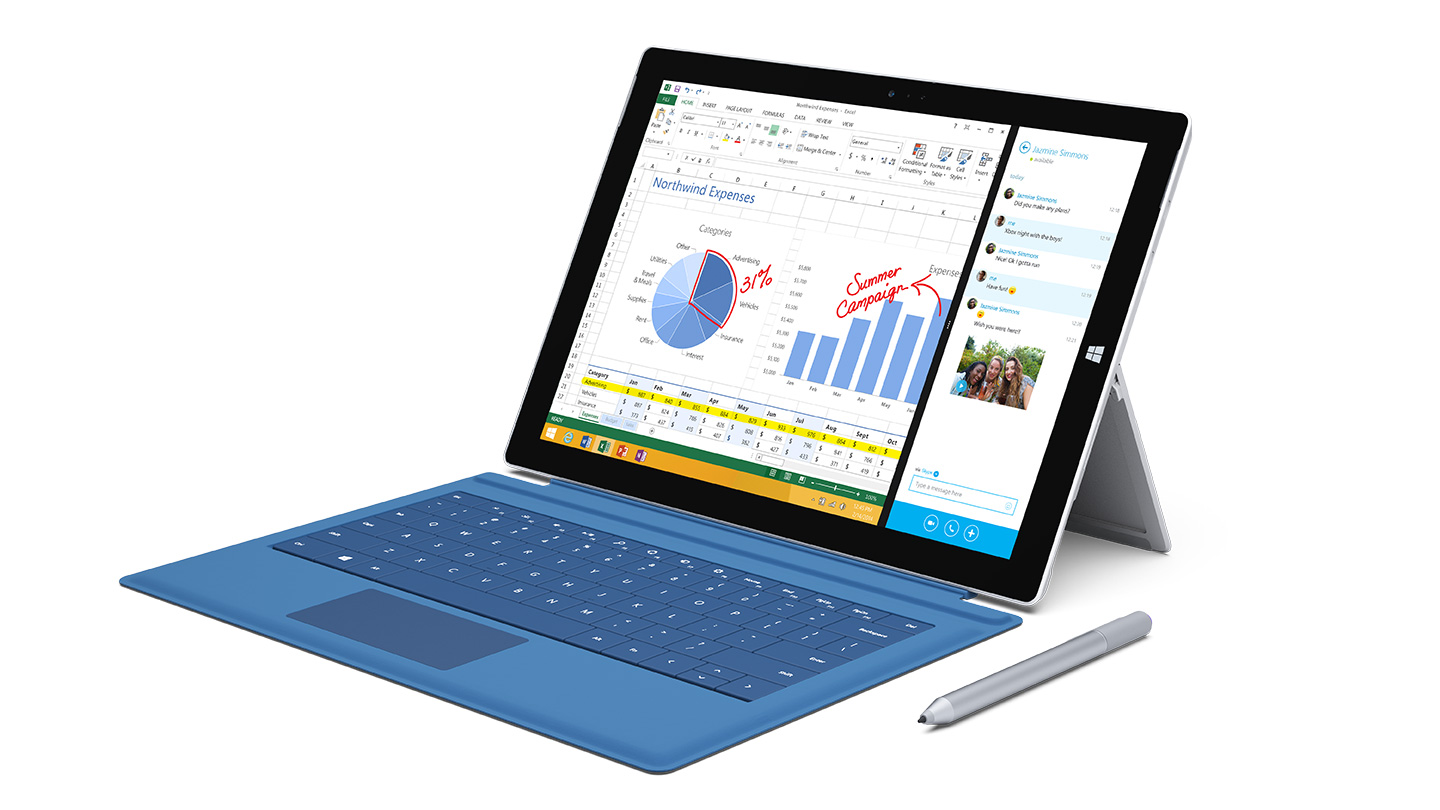 Microsoft is expected to hold a special October media event during which the company will supposedly unveil new hardware, including the new Surface Pro 4 laptop/notebook and high-end Lumia devices. While it’s not clear how many distinct Surface Pro 4 versions Microsoft will announce, a new report is saying the company is preparing to release tablet devices with screen sizes bigger than 11-inch, that would put the device of Apple’s Retina MacBook and MacBook Pro, and MacBook Airs.

DON’T MISS: Video shows the Galaxy Note 5 can’t keep up with the iPhone 6 despite superior hardware

According to supply chain sources who shared details with Digitimes about Microsoft’s unconfirmed tablet plans, the company is working on two next-gen Surface 2-in-1 devices that will feature 12-inch and 13- to 14-inch displays. The Surface models will pack high-end hardware, “providing good profits to related component suppliers,” the tech news site says.

Interestingly, Microsoft isn’t the only company eying 12-inch tablets. Amazon is supposedly also planning to launch a 12-inch Kindle tablet, but shipment will be limited, as the giant retailer is mainly testing the waters. However, Microsoft’s interest in better positioning its Surface tablets to compete against Apple’s MacBooks and even iPads is understandable. Surface ads have taken plenty of shots at the iPad and MacBook, with Microsoft suggesting its Windows tablets are much better choices for consumers.

Apple’s MacBook line covers various sizes, including 11-, 12-, 13- and 15-inch models. Additionally, the company is rumored to launch a 12-inch iPad Pro tablet, which would be Apple’s biggest tablet to date.

Meanwhile, Microsoft’s Surface Pro 3 tablet has a 12-inch display, with the Surface 3 model having a smaller 10-inch screen.