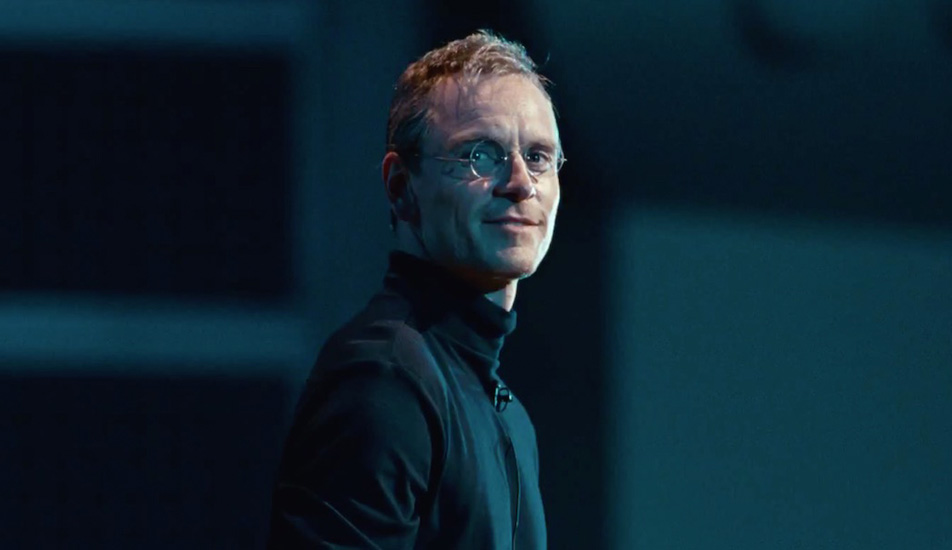 Heading to the theater to watch a big-budget Hollywood treatment about the life of a friend you met in college who died only a few years ago is the kind of thing that would no doubt be fraught with complex emotional texture for the average person.

All the more so when you’re Daniel Kottke, Apple’s “employee number 12” who met Steve Jobs not long after they both arrived at Portland’s Reed College in the 70s.

Kottke and a friend in recent days decided to check out “Steve Jobs,” the Aaron Sorkin-penned biopic of Jobs that’s in limited release now and goes wide October 23. In a phone interview with BGR, Kottke – who once traveled around India with Jobs and who went on to enjoy an alternately thrilling and tempestuous relationship with the Apple co-founder – said it’s tough to give a simple thumbs-up or thumbs-down to the film.

That’s because of the “complicated” relationship he had with Jobs himself, as well as with the wholesale fabrication for dramatic purposes that Sorkin gave to much of the story which the famed screenwriter has since called a “painting, not a photograph” of Jobs.

“I’m sure Tim Cook won’t like it,” Kottke muses.

One reason for that – it doesn’t shrink from laying bare the rougher edges of Jobs’ psyche. About the film, starring Michael Fassbender as Jobs over three distinct periods of the tech icon’s career, Kottke also said he was happy with its sympathetic treatment of Lisa Brennan.

She, of course, is the daughter Jobs originally insisted wasn’t his. Kottke first made her existence public when a Time magazine reporter asked him about it, leading to a later dustup with Jobs, who berated Kottke in front of a handful of people at Apple.

Kottke also likes the film for trying to get at what he describes as the “genius vs. decency” debate in the technology industry.

“There’ve been so many films over the years,” says Kottke, who first joined Apple back when it was little more than a ragtag band of techies in Jobs’ garage and who Jobs later famously froze out when it came time to award stock options.

“With the Isaacson book, that was a really great piece of writing and research. It was the first thing that told my story in any kind of complete way, which was therapeutic. On the Ashton Kutcher film, I was a scriptwriter and consultant, and they tried very hard to be historically accurate.”

That 2013 film, Kottke says, got “bashed” for not being accurate enough.

“So Aaron Sorkin said screw that, I’ll make it all up!” Kottke laughs. “Steve was a very complicated person, and Aaron is enough of a dramatist that he goes right for the jugular.

“This is a discussion I used to have with Steve, about the value of fiction versus nonfiction. To the extent we want stories to stand for something and mean something, I think fiction can be better because of the way it lets you portray stories maybe the way they should have turned out.”

Speaking of stories, Kottke – who in conversation still gives off an air of what Isaacson described as a “sweet, flower-child demeanor” – is thinking about his own. A conversation about the new film meanders to memories about Jobs and then to the book Kottke is thinking about writing, the focus of which would be his and Jobs’ trip to India together and the books they shared reading, like Autobiography of a Yogi.

Kottke’s impressions are worth noting, because they come from someone who knew Jobs in his formative years, back when Jobs was a self-identified Dylan-loving hippie on a quest for enlightenment and not yet the steely, details-obsessed CEO the world knew him as. Indeed, their friendship was born during a period in their lives when they’d do things like attend events at the local Hare Krishna temple – before the pressures of business, before everything changed.

“Back then, I never saw the burning ambition he had to do something great,” Kottke said. “Ever since I first got to know him, he talked about his conflicted feelings over having been adopted. The first time he earned any money, he spent it on primal therapy to try to get at his feelings of inadequacy over having been abandoned by his birth parents.

“He was my best friend in college. We had a good time on our trip to India. As soon as Apple started, he really took on a missionary zeal. He saw a chance to have a hugely successful company and change the world.”

Kottke made his peace with the past a long time ago. The last time he remembers seeing Steve in person was in the Apple cafeteria in August of 2011. Kottke was there to see someone else. Steve was wandering around, greeting people. He didn’t stay long.

“I think he’d be happy with Apple as it is today,” Kottke said. “Tim Cook is doing a great job, and so is Jony Ive. The world at large is always wanting to say, well, how long can that go on. But I think he’d be so proud of Apple.”