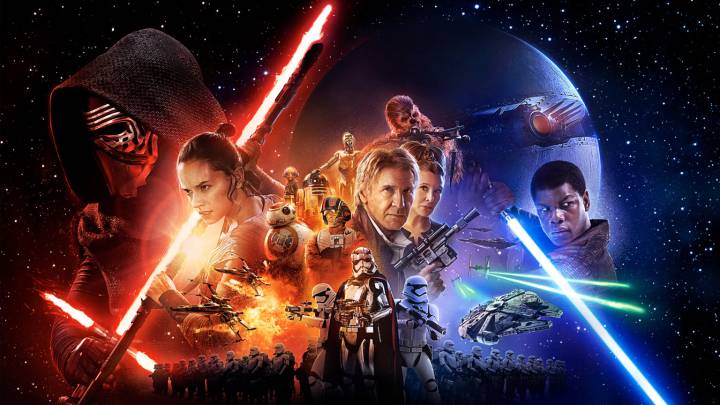 Star Wars: The Force Awakens hits theaters on December 18th, and cinemas are probably going to be overwhelmed by fans anxious to see what’s in store for their favorite sci-fi universe, so it’s probably a good idea to reserve your tickets for the premiere. Luckily, Star Wars Episode VII tickets are already available online and in cinemas.

Disney already released the official theatrical poster for the film and the final trailer, revealing that tickets will be available for purchase online after the first full trailer’s debut during Monday Night Football.

Online services including Fandango and MovieTickets can already be used for purchases. Buyers can also hit up individual websites for local cinemas to buy tickets, and can even walk into multiplexes and physically buy tickets for Star Wars Episode VII.

According to The Hollywood Reporter, Lucasfilm and Disney already contacted cinema owners telling them that advance tickets will be available on October 19th so that they can prepare accordingly.

The good news is that thousands of theaters are participating, which means chances are you’ll find tickets for premiere day at a theater near you.

Online sales are also available in the U.K., where ‘unprecedented’ demand has already crippled Odeon and Picturehouse websites. Vue, the third largest operator in the country, said it sold 10,000 tickets in the first 90 minutes.

For the time being, tickets can only be purchased online for the weekend of December 18th-20th and for late-night shows on December 17th, but that’s only because most cinemas have not drawn up schedules beyond that date.

In addition to tickets for the new movie, some cinemas will also sell tickets for Star Wars Marathons – see more details about participating theaters at this link.