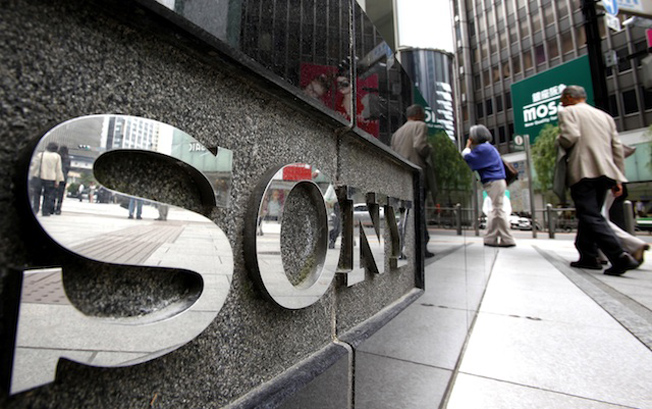 Working at Sony (SNE) can’t be very much fun at the moment, as the company on Friday announced another round of layoffs that will reduce its workforce by 2,000 employees by the end of the year. Sony said that roughly half of the layoffs are “expected to be in support functions, including the headquarters of Sony” in Japan. Sony first announced plans to cut its workforce by 10,000 this past spring, and over the summer the company cut 1,000 workers from its mobile division. The company’s full press release is posted below.

Update on Restructuring of Sony’s Electronics Business Operations in Japan

Sony Corporation (“Sony” or “the Company”) today announced additional steps it is taking to accelerate structural reforms of its headquarters and electronics business operations in Japan, including consolidating certain manufacturing operations and expediting measures to reduce its headcount.Amidst a highly competitive business environment, Sony has been undertaking a series of measures to revitalize and grow its electronics business. As part of its mid-term strategic initiatives announced in April 2012, Sony identified resource optimization as one of the key initiatives for transforming its electronics business and Sony has since been progressively implementing various structural reform measures to optimize costs, streamline its overall organization, accelerate decision-making processes and establish firm foundations for sustainable future growth. In its prior corporate strategy announcement, Sony stated that through the combination of these structural reform measures and business portfolio realignment it expected to reduce headcount across the entire Sony Group, primarily in the electronics business, by approximately 10,000 in the fiscal year ending March 31, 2013 (“FY12”), including approximately 3,000 to 4,000 in Japan.Among the measures undertaken to date are integration and consolidation of sales offices and resource optimization in sales and marketing organizations, primarily in Japan, the U.S. and Europe. Within Sony’s headquarters and support operations, certain functions have been integrated and organizational structures have been streamlined, while the Company has conducted a thorough review of work content and work-flow process to ensure greater operational efficiency across these operations. Furthermore, on July 1, 2012, Sony established Sony Corporate Services (Japan) Corp., which is working to build a horizontal platform that incorporates support operations from across Sony’s consolidated subsidiaries in Japan.

As the proportion of Sony’s finished products being produced at its overseas manufacturing sites and by external ODM/OEM vendors continues to increase, Sony has also been taking measures, such as site consolidation, to better reflect the current scale of production, as well as steps to further enhance operational efficiency.

The new restructuring measures announced today, relating to Sony’s headquarters and electronics business operations in Japan are as follows.

In order to enhance the efficiency of Sony’s manufacturing operations relating to its digital imaging business, the manufacture of interchangeable lenses and lens blocks currently being conducted at Sony EMCS Corp.’s Minokamo Site (located in Minokamo, Gifu Prefecture) will be absorbed by EMCS Corp.’s Kohda Site (located in Kohda, Aichi Prefecture). As Sony concentrates its mobile phone business on the area of smartphones, the operations currently being carried out at the Minokamo Site relating to mobile phones will be partially discontinued and partially transferred to Sony EMCS Corp.’s Kisarazu Site. As a result of this realignment, the Minokamo Site is scheduled to close at the end of March 2013.

In order to optimize personnel structure and assist employees to secure new opportunities outside the Company, early retirement programs will be implemented at Sony Corporation, Sony EMCS Corp. and other major consolidated electronics subsidiaries in Japan. These measures are expected to result in headcount reduction of approximately 2,000 employees by the end of FY12, with approximately half of the reductions (1,000 employees) expected to be in support functions, including the headquarters of Sony.In particular, at Sony’s headquarters operations where organizational integration and optimization have been actively implemented, a headcount reduction of approximately 20% is expected by the end of the current fiscal year through the introduction of an early retirement program and resource shifts. Headcount within the Home Entertainment and Sound Business Group, including the TV business group which has been implementing a series of ongoing profitability improvement measures, is expected to be reduced by approximately 20% by the end of October 2012 due to the transfer of employees outside the Company, together with a resource shift in personnel to other operations within the Sony Group.Following the sale of the chemical products businesses completed in late September 2012, approximately 1,800 employees have been transferred outside the Sony Group (as previously announced).

Sony is evaluating the actual impact of headcount reduction and the restructuring charges resulting from these measures on Sony’s FY12 consolidated results; however, no material impact is anticipated on Sony’s FY12 consolidated results forecast, as these measures are included in the 10,000 headcount reduction and 75 billion yen in restructuring charges Sony previously announced for FY12. Furthermore, as a result of the restructuring measures implemented during FY12, including those announced today, Sony anticipates an annual reduction in fixed costs of approximately 30 billion yen from the fiscal year ending March 31, 2014 onwards.